The cast of Last Vegas (Robert De Niro, Morgan Freeman, Michael Douglas, and Kevin Kline) sat down with Hal Rudnick of Screen Junkies to talk about their upcoming comedy film. During the interview, Hal asked each actor to recite the lyrics of modern popular songs. It’s pretty comical to see and hear Morgan Freeman as he reads through the viral hit song “The Fox” by Ylvis and then have Robert De Niro reciting “Wrecking Ball” by Miley Cyrus. Screen Junkies also created a mashup music video of Morgan Freeman and “The Fox” that plays at the end. 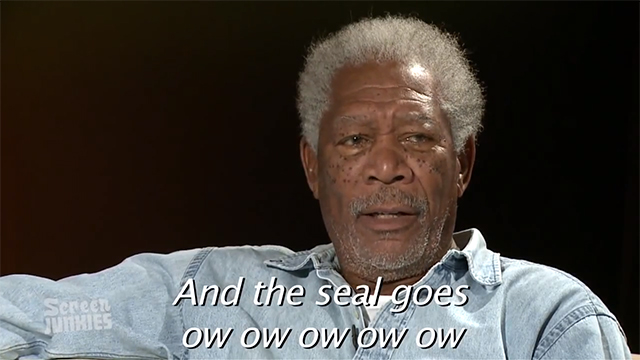 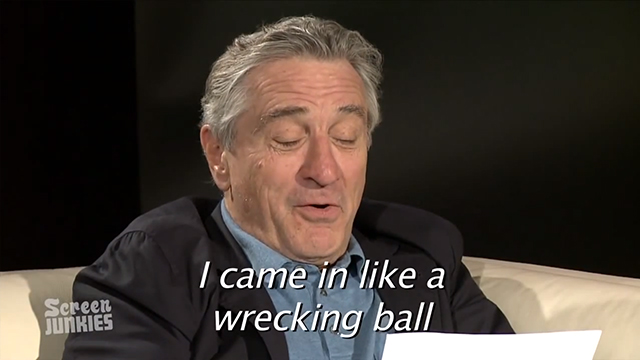