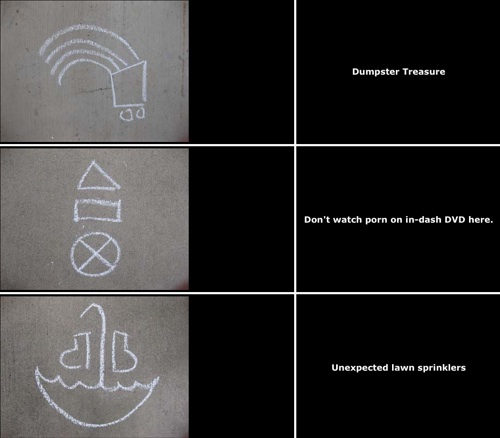 Our friends at Cockeyed have just released their Modern Hobo Code that can be used mark warnings and points of interest in your town like the hobos used to do.

The legendary “hobo code”was a set of covert markings used to warn other hobos about danger or to clue them into good situations. As times have changed, a new set of code symbols have emerged to alert other hobos to circumstances in modern America. Perhaps you have seen them on your own city streets.