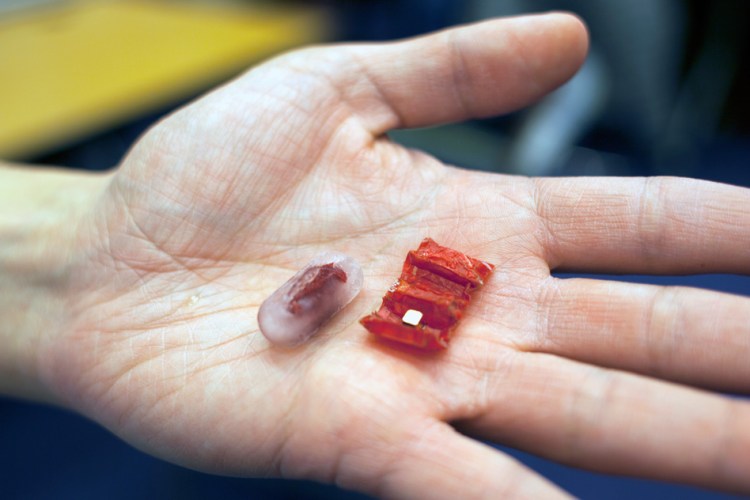 A team of researchers from MIT, the University of Sheffield, and the Tokyo Institute of Technology have developed an ingestible origami robot made of dried pig intestine. The folded robot is frozen into an ice capsule and swallowed. The ice melts in the patient’s stomach where the robot activates and unfolds itself while being controlled through an external electromagnetic field.

In an experiment, the robot was used to remove a button battery from a simulated stomach. The team says the robot can also be used to patch wounds or deliver medicine to specific locations within the body. 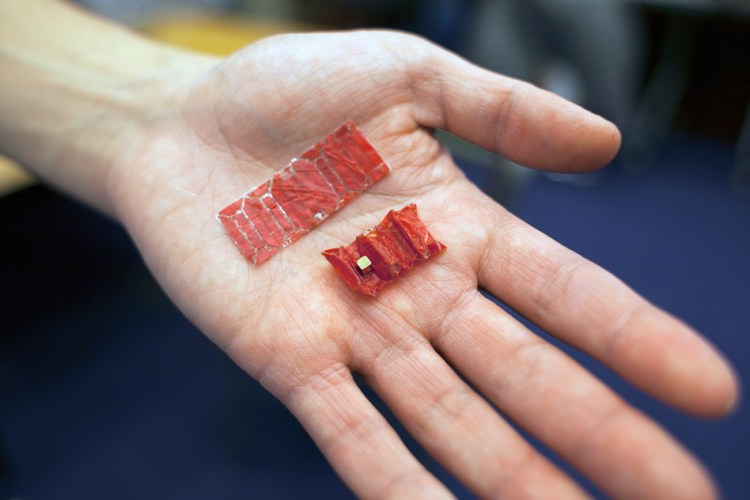