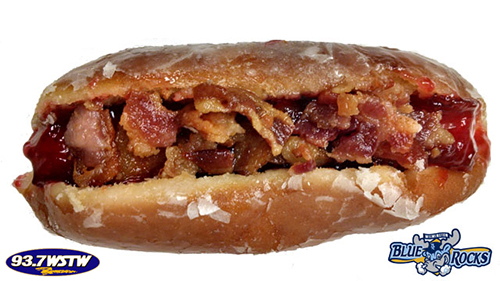 Doughnut chain Krispy Kreme and the Wilmington Blue Rocks, a Delaware-based Minor League Baseball team, teamed up to create a hot dog topped with raspberry jam and bacon, all served on a Krispy Kreme doughnut bun. While the concoction will be served at Frawley Stadium this season, the team still hasn’t named the sugary creation and are asking for the public’s help via a naming contest running through March 17, 2015.