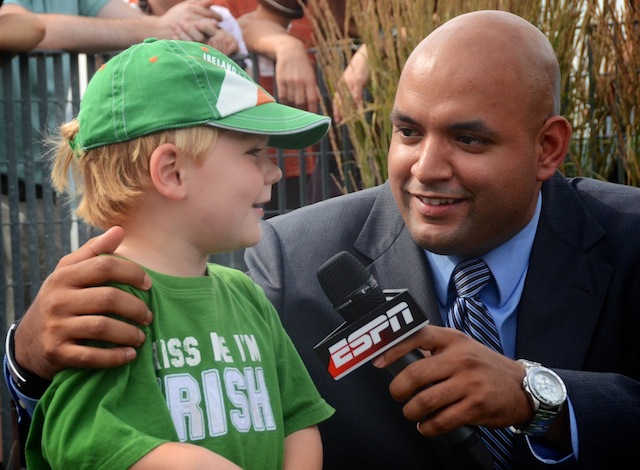 Recently, Improv Everywhere brilliantly turned New York City’s Pier 25 Mini-Golf into a major golf championship by bringing in “caddies, commentators, an ESPN camera crew, and a huge crowd”. Throughout the day, they surprised groups of mini-golfers by popping out of nowhere. Jorge Andrés of ESPN interviewed course players and winners got to pose with the actual Claret Jug from The Open Championship. Check out the day’s humorous video and read the full story at Improv Everywhere.

Charlie Todd of Improv Everywhere explains how this mission came about:

I had the idea on the back burner until I got an email from ESPN asking if I would want to do something with the historic Claret Jug from The Open Championship (often referred to as the British Open.) The jug was going to be in New York on a publicity tour in advance of the championship and ESPN wanted to offer it to me as a prop in a mission, giving me creative control to do with it whatever I wanted to. They loved the mini-golf idea, and agreed to produce the video with all of their awesome camera equipment, making the whole thing more epic in scale. This jug, by the way, is not a replica, but the actual jug made in 1928 that has been held by all of the Open champions since. It came with its own security guard.

ESPN worked with the Royal & Ancient golf association and got them to provide us with caddy bibs, “quiet” signs, and a flag, making the whole thing more authentic. Pier 25 gave us permission to use their course, which made it possible to set up fancy cameras, etc. 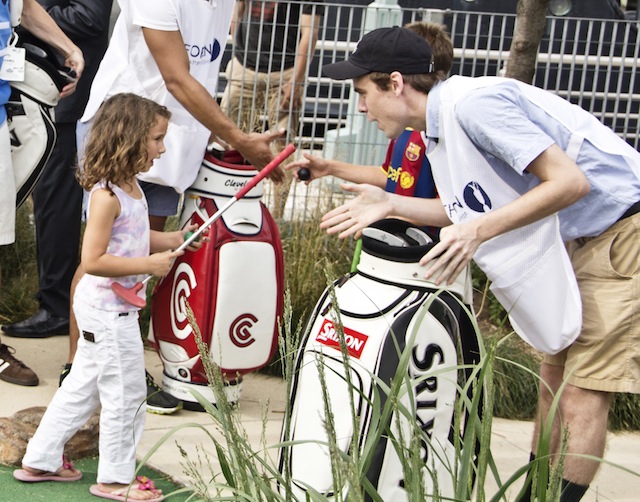 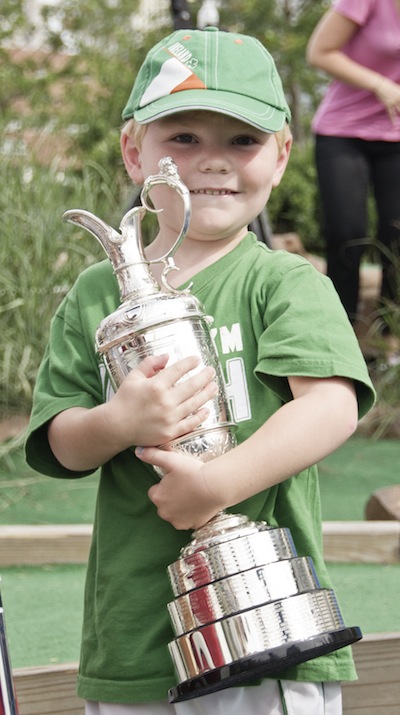