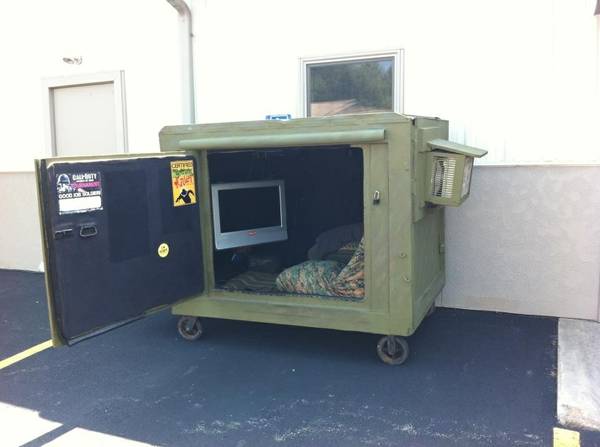 A Youngstown, Ohio resident is currently selling their Xbox 360 Personal Gaming Module, also known as “The Box,” on Craigslist. The weatherproof box has a military theme and is equipped with air conditioning, heat, and seats for one or two adults. It also includes an LCD television, an Xbox 360, and a surround sound system, presumably to meet any gamer’s wildest dreams of playing games shut inside a small, dark box on wheels. 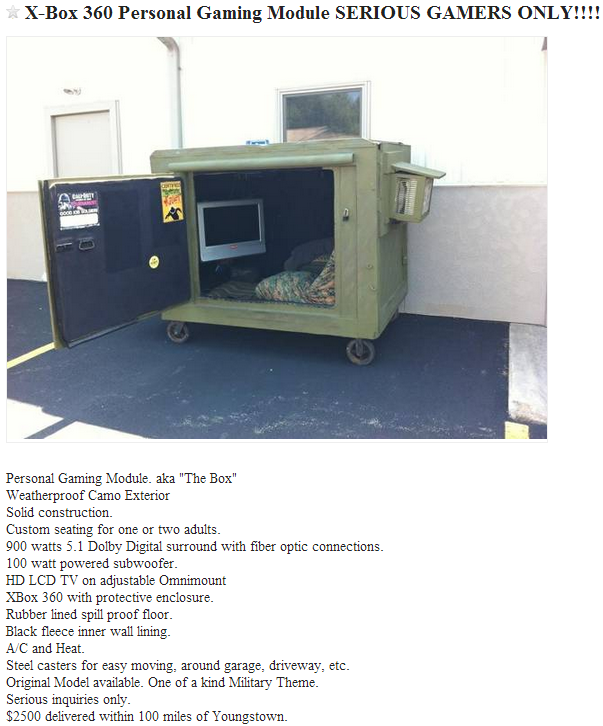