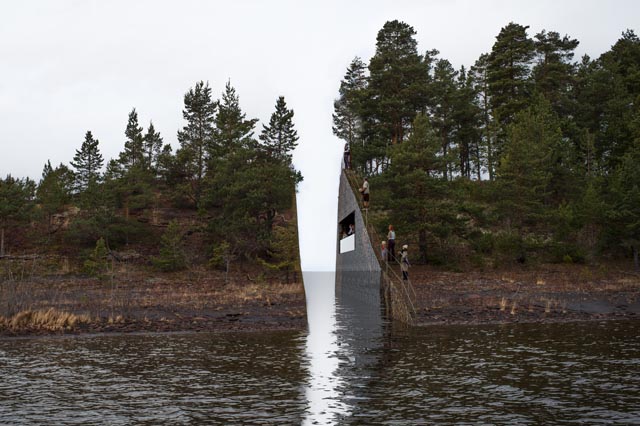 “Memory Wound” is a visually striking memorial to the victims of the Utøya island massacre (part of the 2011 Norway terrorist attacks) that takes the form of an 11-foot-wide excavation cutting through a point of land near the island. The memorial, which was designed by Swedish artist Jonas Dahlberg, is meant to resemble a wound or cut in the landscape. Visitors to the memorial will be able to walk to the edge of the excavation. Out of reach, on the far side of the excavation, will be the names of the 69 victims of the massacre. “Memory Wound” and Dahlberg’s proposal for a second memorial in Olso were both recently selected in a competition hosted by Public Art Norway (KORO). “Memory Wound” is scheduled for completion in 2015. 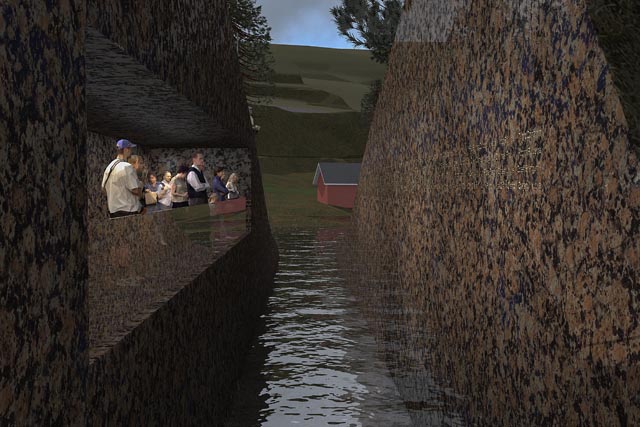 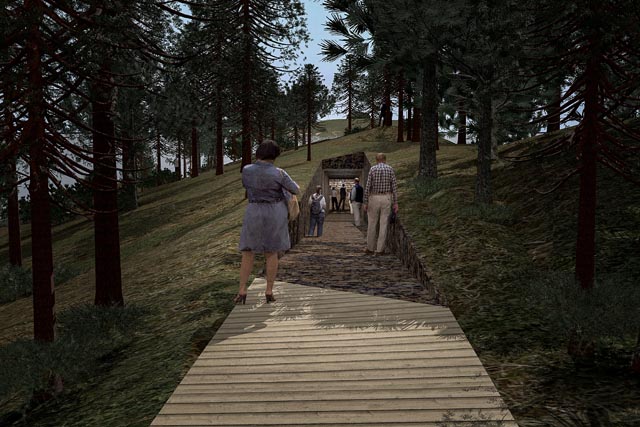 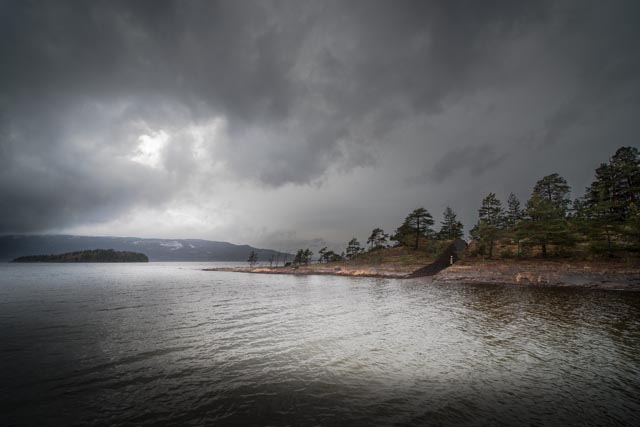