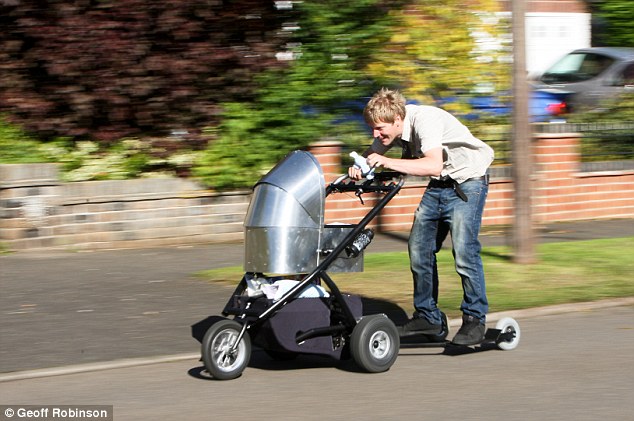 New dad Colin Furze has invented the world’s fastest baby stroller, calling it the Megapram. By putting an engine on a baby stroller, he has made a steel-covered contraption that goes up to 53.46 MPH (it is not, however, street legal). Furze is quoted in the Daily Mail as saying, “‘It is really unstable when it goes at top speed and if you hit a rough bit in the road you are in danger of falling off, but so far I’ve managed not to crash.” Here’s a video of it in action.

I had the idea after everyone i told i was going to be a dad would say “haha i bet your gona make some crazy baby gadget” so i did, and as its an even year and he was to be born near october 14th the date of my record breaking it just seemed the most sensible thing to do “PUT AN ENGINE IN A PRAM” and the megapram was born. 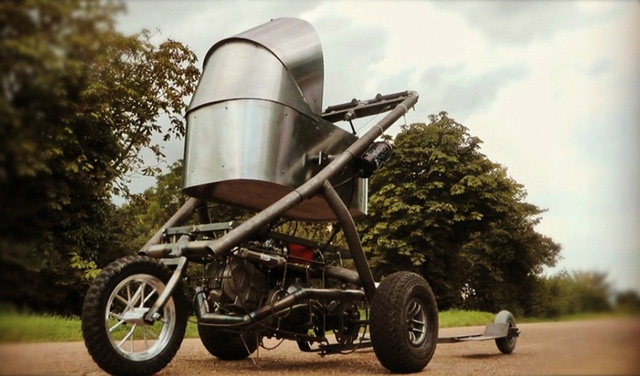 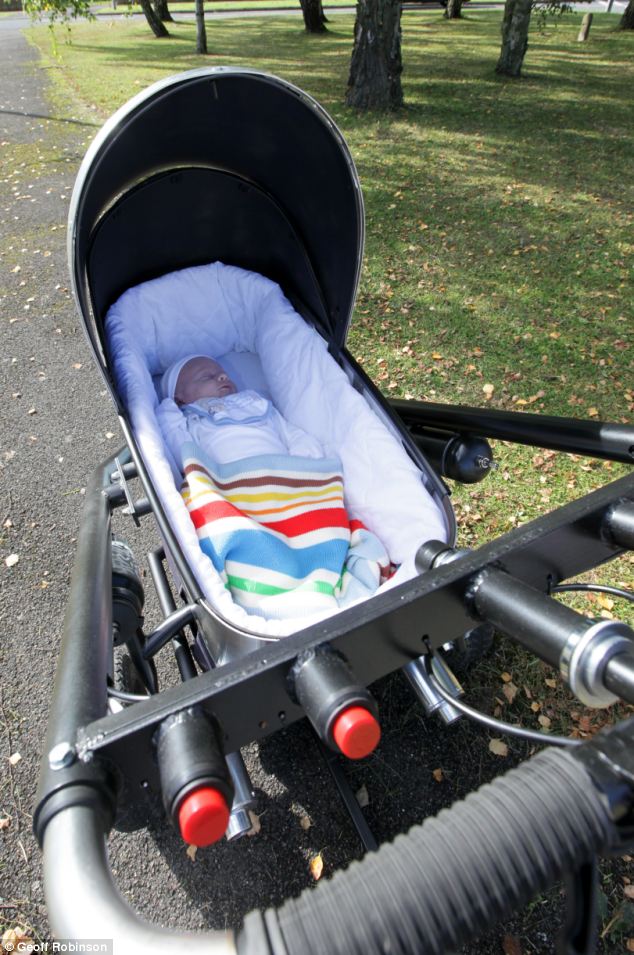