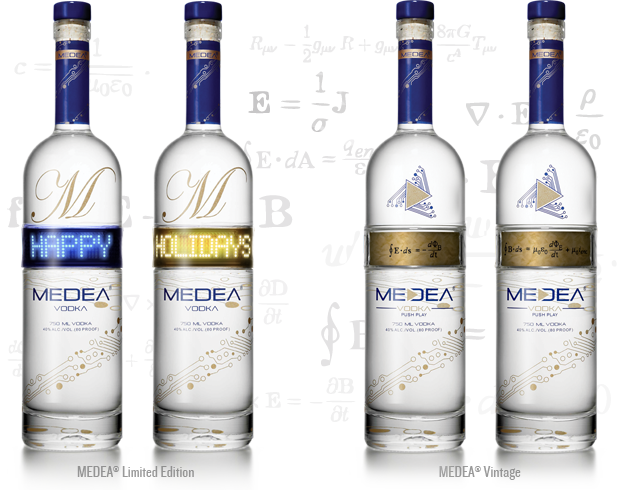 The bottle for Medea Vodka has a programmable LED ticker that can store a scrolling message of up to 255 characters. The vodka itself is made in Schiedam, Holland and is available to purchase online.

When I recently visited New York City, I got to check the Medea bottle out for myself. Here’s a quick and dirty animated GIF I made of the bottle at the bar at Betabeat’s One-Year Anniversary Party on the Barbarian Group rooftop (and later at the same party, a Medea rep quickly programmed my name into the bottle.):

via GeekAlerts and Firebox