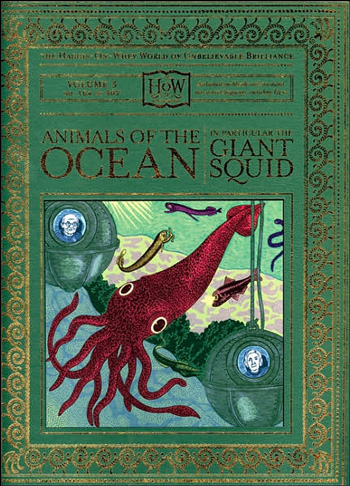 McSweeney’s, the wonderful literary journal, publisher and website founded by Dave Eggers, is going through a rough spot right now and could use a little help. They are having a massive sale and auction, asking that if you were considering ordering from them that “now would be a good time” or stop by one of their unusually themed stores.

As you may know, it’s been tough going for many independent publishers, McSweeney’s included, since our distributor filed for bankruptcy last December 29. We lost about $130,000â€”actual earnings that were simply erased. Due to the intricacies of the settlement, the real hurt didn’t hit right away, but it’s hitting now. Like most small publishers, our business is basically a break-even proposition in the best of times, so there’s really no way to absorb a loss that big.

We are committed to getting through and past this difficult time, and we’re hoping you, the readers, who have from the start made McSweeney’s possible, will help us.

I just picked up a copy of “Animals of the Ocean, in Particular the Giant Squid”.

Thanks to Niall Kennedy for the tip!