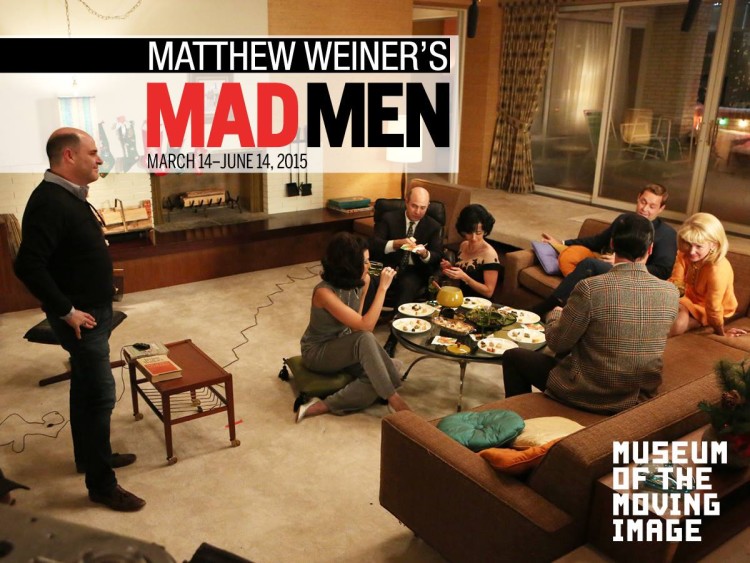 Matthew Weiner’s Mad Men, an exhibition examining the creative process behind the hit AMC period drama Mad Men, runs through June 14, 2015 at the Museum of the Moving Image in New York City. The exhibition features sets, costumes, and props from the series, as well as research materials and notes from Mad Men creator Matthew Weiner. Weiner has also selected 10 films that influenced the show for the accompanying film series, “Required Viewing: Mad Men’s Movie Influences,” which runs through April 26. The first of the final seven episodes of Mad Men airs April 5 on AMC.

photo via Museum of the Moving Image