Legendary Pictures has released the official trailer for The Great Wall, an upcoming action adventure film directed by Zhang Yimou (House of Flying Daggers). The film will follow Matt Damon and an elite force of warriors as they do everything possible to protect the iconic Great Wall of China from deadly monsters.

When a mercenary warrior (Damon) is imprisoned within The Great Wall, he discovers the mystery behind one of the greatest wonders of our world. As wave after wave of marauding beasts besiege the massive structure, his quest for fortune turns into a journey toward heroism as he joins a huge army of elite warriors to confront this unimaginable and seemingly unstoppable force. 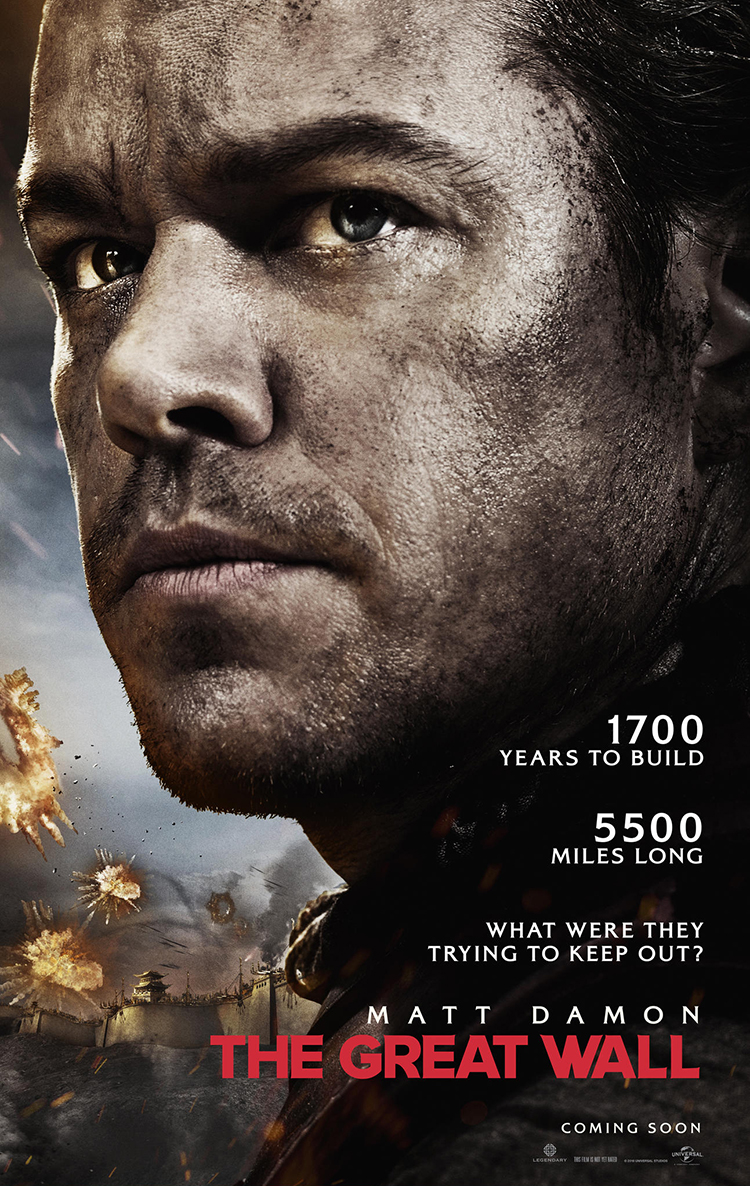 image via The Great Wall