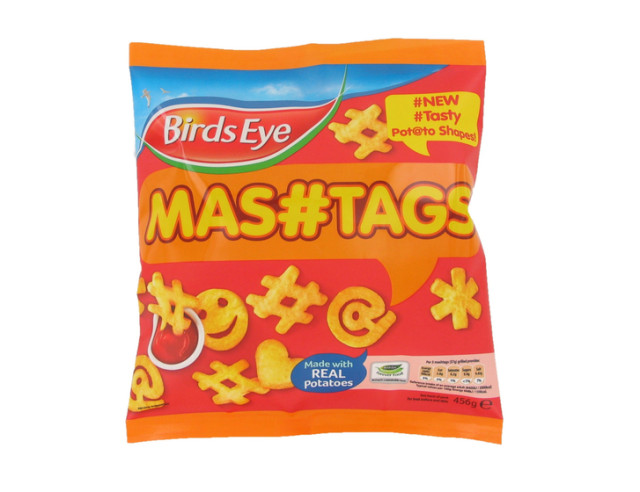 Birds Eye, a United Kingdom frozen food brand, has announced Mashtags, potato shapes that are, well, shaped like a lot of the symbols often associated with social media use — the number sign, or hash (#), at sign (@), and asterisk (*) all feature heavily on the bag.

Mashtags will be available in the UK for £1.75 (approximately $3) starting in March, though there’s no word on whether they’ll be released elsewhere.