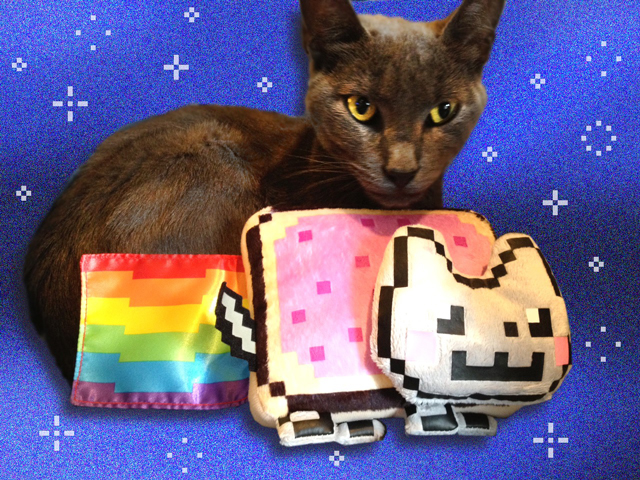 Marty / photo by PRGuitarman via The Toy Spy

On November 1, 2012, illustrator and creator of the Nyan Cat animation Chris Torres announced that Marty, his Russian blue cat, had died. Marty (who was named after Back to the Future‘s Marty McFly) was the inspiration behind the pixelated rainbow cat, which at this writing has over 87 million views. He had recently contracted a virus called Feline Infectious Peritonitis, which proved fatal.

Marty heavily influenced a lot of my comics and the creation of Nyan Cat twitter.com/PRguitarman/st…

Marty was named from Marty McFly from Back to the Future twitter.com/PRguitarman/st…