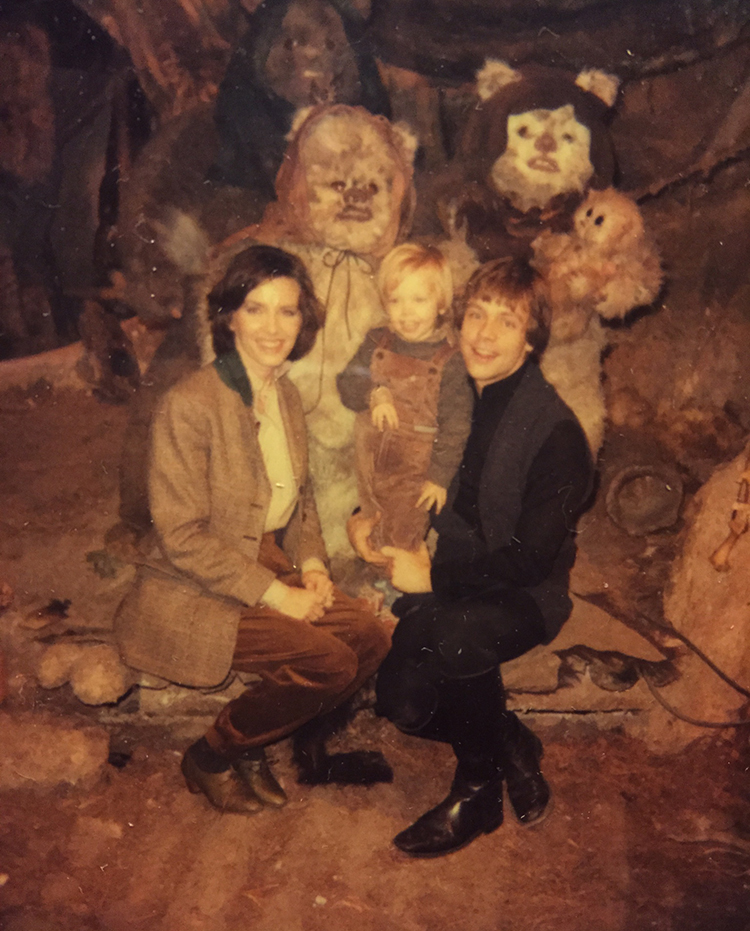 Marilou, Nathan, and Mark Hamill with some furry companions.

Mark Hamill, the actor who played Luke Skywalker in the Star Wars films, has recently shared his fantastic family photo album that features all sorts of pictures from the set of Star Wars: Episode VI – Return of the Jedi. The entire collection of photos is available to view on the Star Wars website.

Star Wars has always been a story about family, and is often shared by families — even behind the scenes. In a backstage interview with James Arnold Taylor and StarWars.com at Star Wars Celebration Anaheim, the legendary Mark Hamill discussed some newly unearthed photos from his family’s own collection. The photos show Hamill — often in costume as Luke — with his wife Marilou and son Nathan during the filming of Return of the Jedi, visiting such iconic sets as the Emperor’s throne room, Yoda’s hut, and more.

James Arnold Taylor sat down with Hamill during the 2015 Star Wars Celebration event in Anaheim, California to ask him a few questions about his family and the upcoming film Star Wars: Episode VII – The Force Awakens. 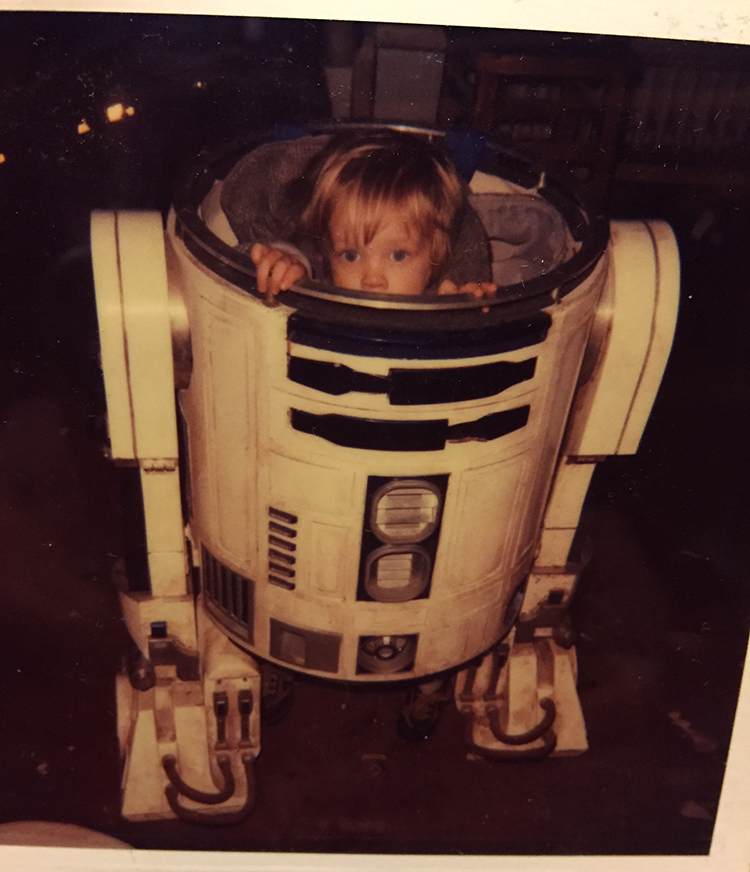 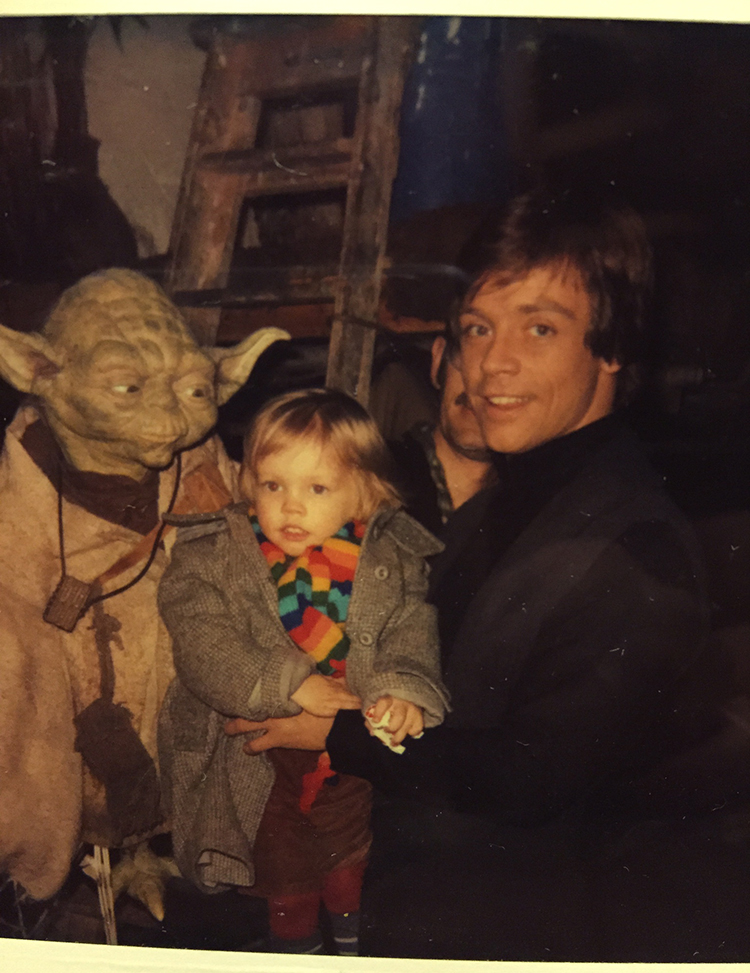 Your father he is: Yoda, Nathan Hamill, Frank Oz, and Mark Hamill. 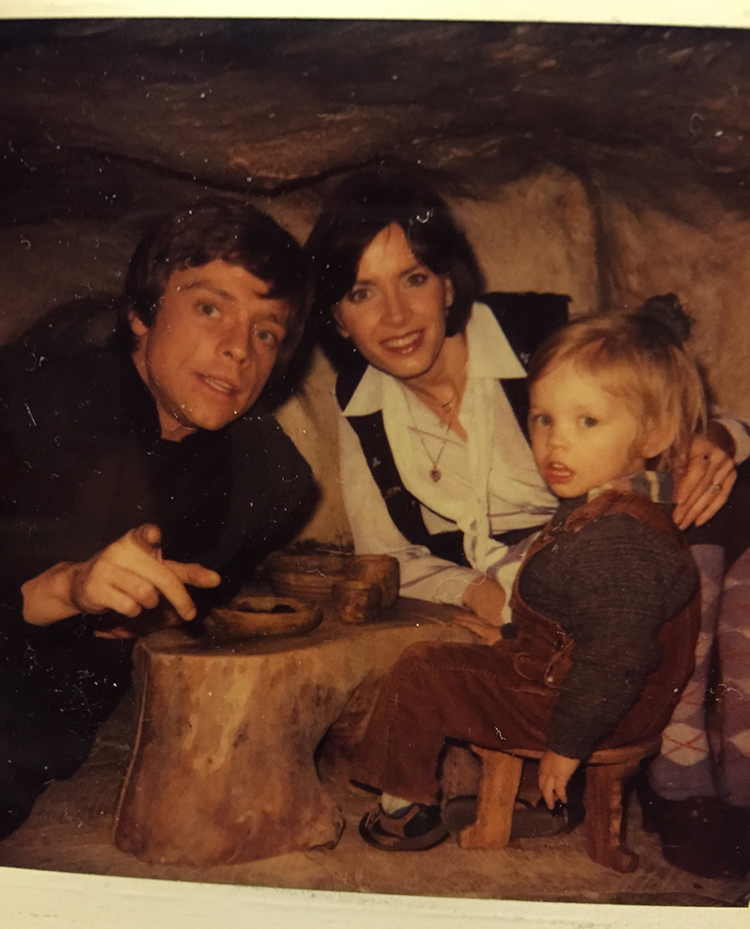 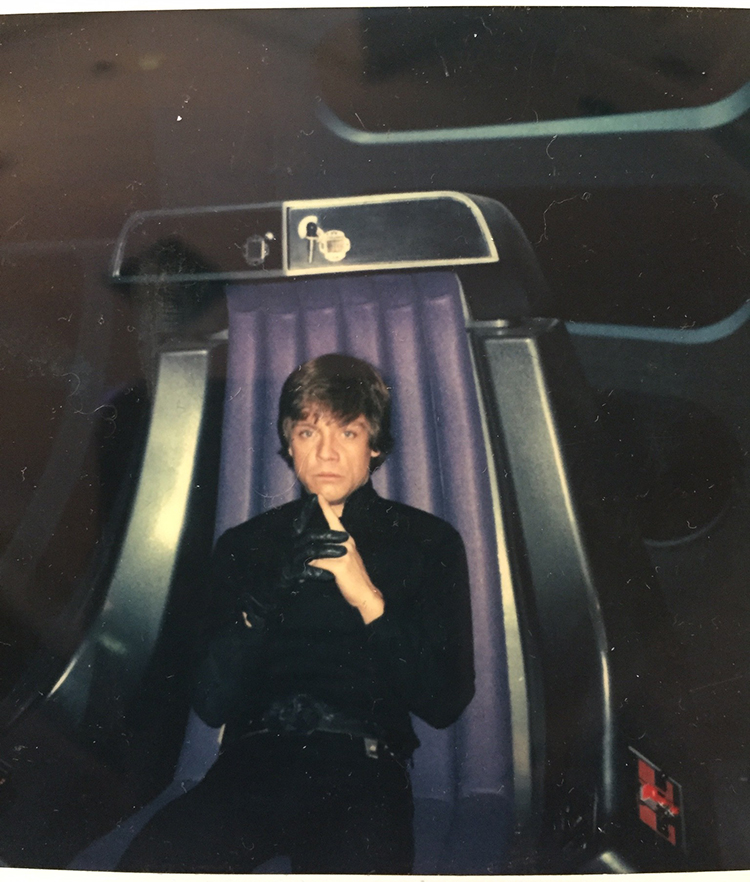 The dark side has its perks: Mark Hamill sits in the Emperor’s throne. 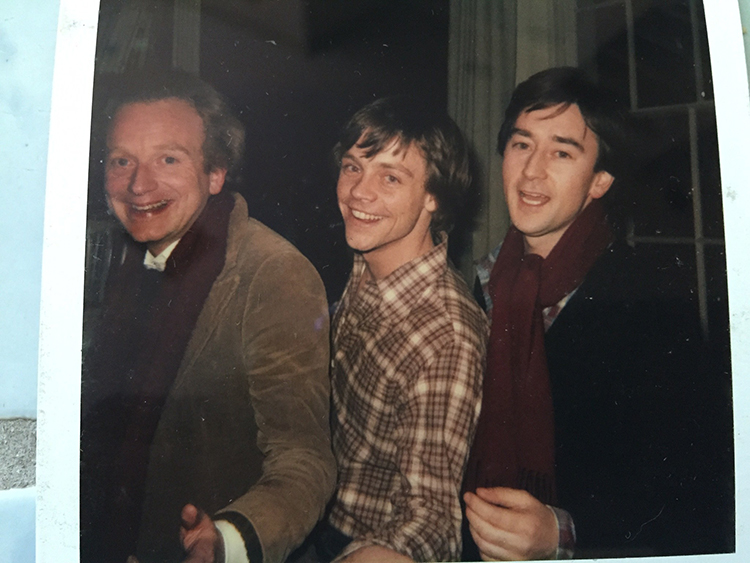 Peace in the galaxy: Ian McDiarmid (the Emperor), Mark Hamill, and Denis Lawson (Wedge Antilles) bring the Empire and Rebellion together.