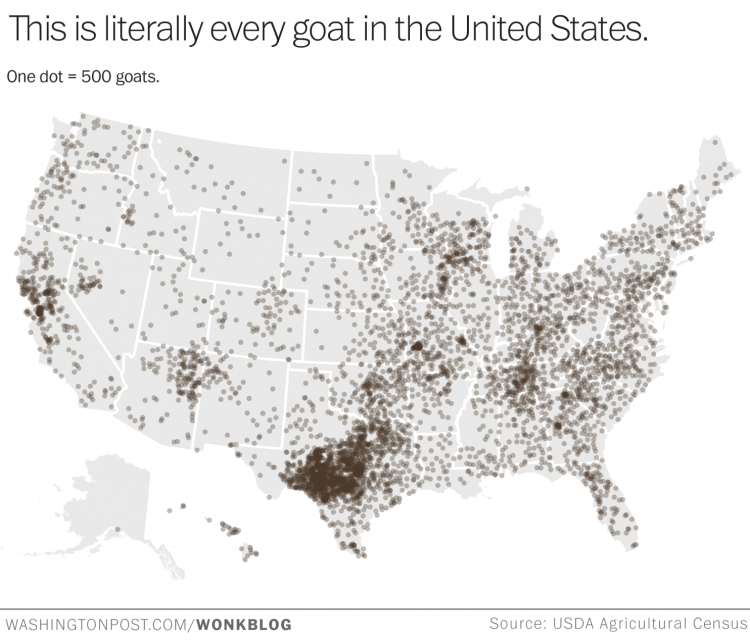 The Washington Post’s Wonkblog has published a pair of maps detailing the distribution of goats throughout the United States according to data collected by the USDA Agricultural Census in 2012, the last year such information was gathered. There were 2,621,514 at the time–which is a lot of goats.

If America’s goats were their own state, its population would be larger than that of Wyoming, Vermont, D.C. and North Dakota — combined. 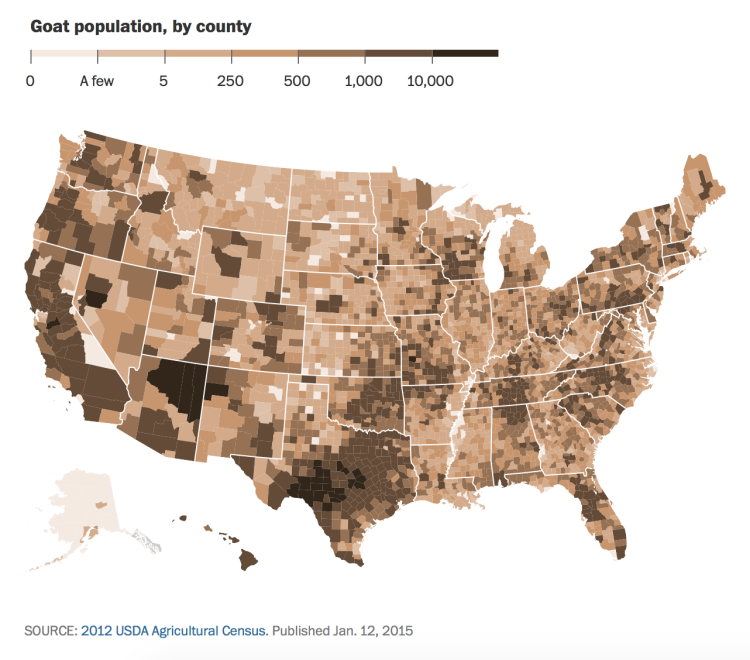 via Everlasting Blort, The Presurfer