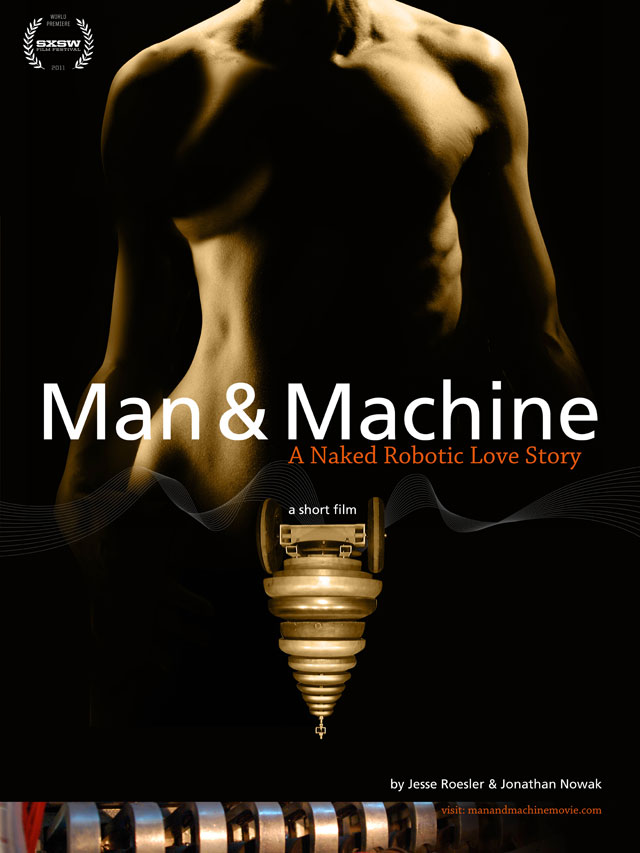 Man & Machine: A Naked Robotic Love Story is a short documentary by Jesse Roesler and Jonathan Nowak about Godfried Willem-Raes, his avant-garde clothing-optional musical compositions, his partner Moniek Darge, and their robotic orchestra. The film premiered at at SXSW 2011.

Godfried Willem-Raes began creating musical performances so forward-thinking that he made enemies of nearly all his Conservatory professors. His experimental approach to music-making left him creating controversial work on the fringe of modern music culture.

Shortly after being expelled, he met Moniek Darge, a performance artist who was creating similarly innovative and challenging work. The two joined forces and began a career of wild inventions including a singing bicycle symphony, an installation in which participants create music by rolling over human-sized pillows of air, and an ensemble performing radar-controlled, body-movement-mapped compositions.

See Also:
– Strongman, a Documentary About The Strongest Man in the World