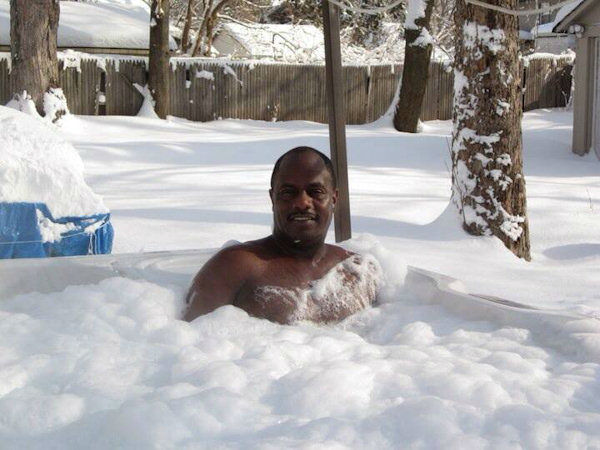 To celebrate the massive snowstorm that hit much of the Midwest and Northeast of the U.S. in recent days, this man went outside and hopped in his hot tub. It looks as though he added bubble bath to the tub to complete the snowy effect. While it’s not clear exactly where the photo was taken, the man sent the photo in to New York City television station ABC 7 and is identified as a “viewer.”