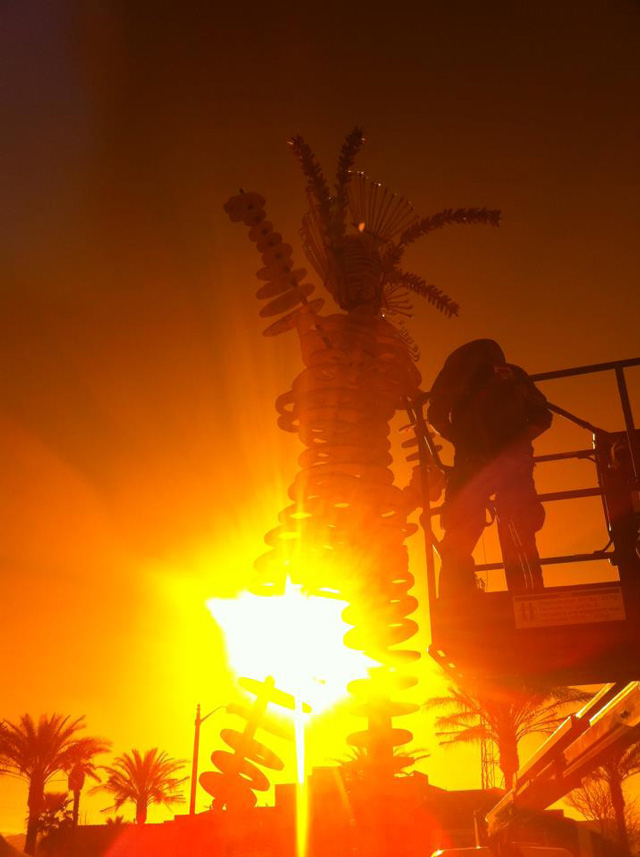 The First Friday Las Vegas art festival burned a 20-foot all art effigy named Lucky Lady Lucy at their March 2, 2012 event. It marked the first ever public art burn in the city of Las Vegas. More images of the event can be found at Las Vegas Review-Journal. 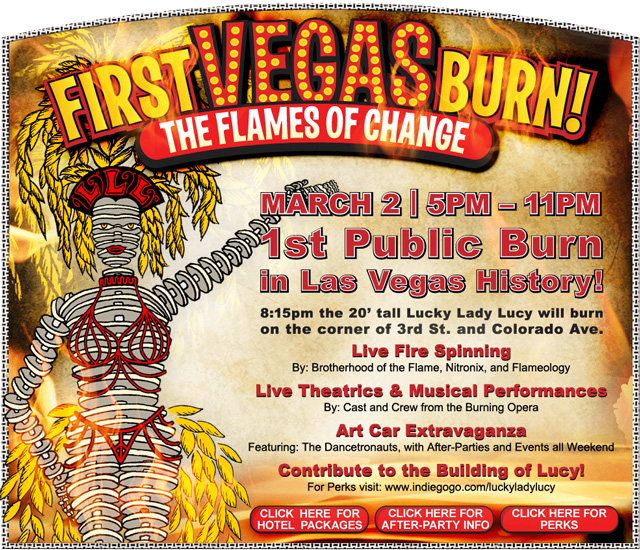 Lucky Lady Lucy (LLL)1.0 & 2.0, the 20ft tall showgirls! LLL1.0 thrived all summer long in Las Vegas and proceeded to Black Rock City for Labor Day 2011 to participate in the Burning Man Project as part of the Circle of Regional Effigies (C.O.R.E.). C.O.R.E. is a program that encourages groups from around the world to create effigies that surround the Burning Man statue. LLL 1.0 arrived in parts was put together and then burned a week later, along with 24 other effigies, in the largest planned art burn ever attempted.

via BURNcast and Las Vegas Review-Journal