Laura Sicouri and Kadavre Exquis spent a year working on “LSD ABC,” a short animated film of an unusual alphabet where they explore “different worlds and characters as different as they are crazy.” You can take a look at some of the film’s early concept art and stills at Exquis’ site. Music for the film was composed by Exquis and the 14 track soundtrack is available to download or in vinyl. 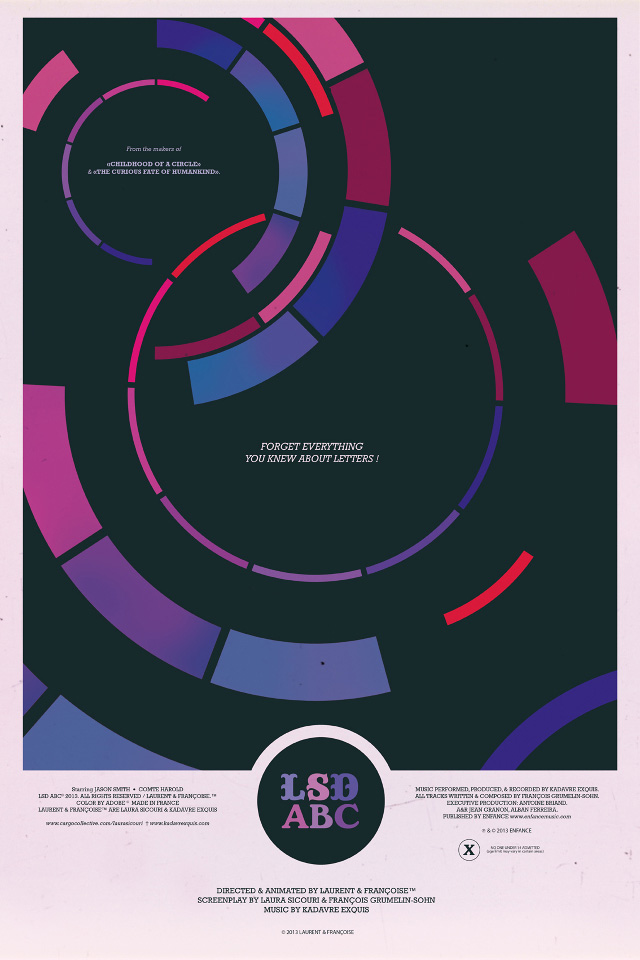