While riding the 2 Express train uptown last week in New York, I encountered one of those infamous subway conductors who spoke so fast and with such a thick accident that it was almost impossible to comprehend, especially that last bit. Does anyone want to take a shot at it?

Speaking of the NYC Subway system, here’s some direct feedback on a MTA service change from an unhappy rider. 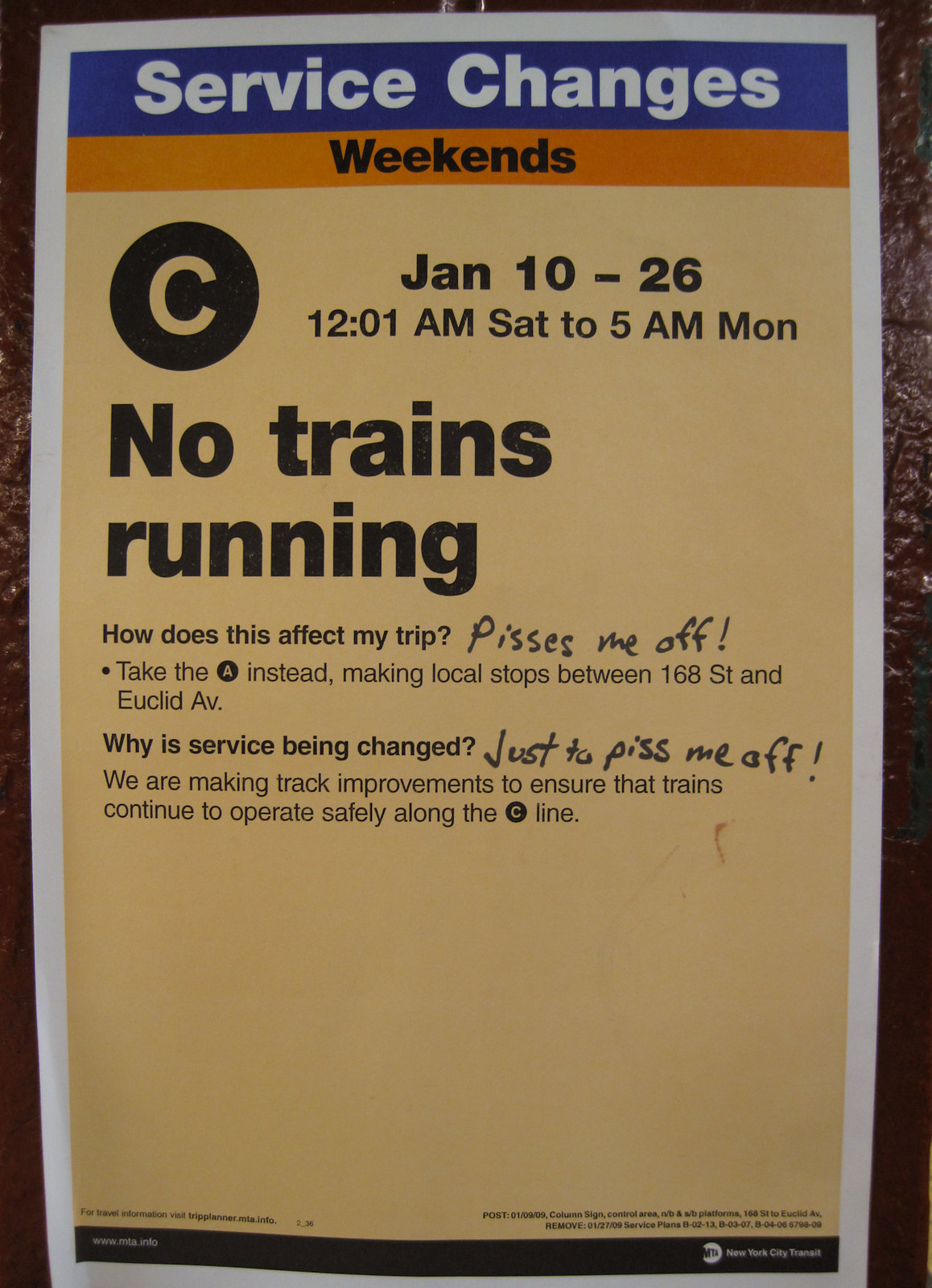