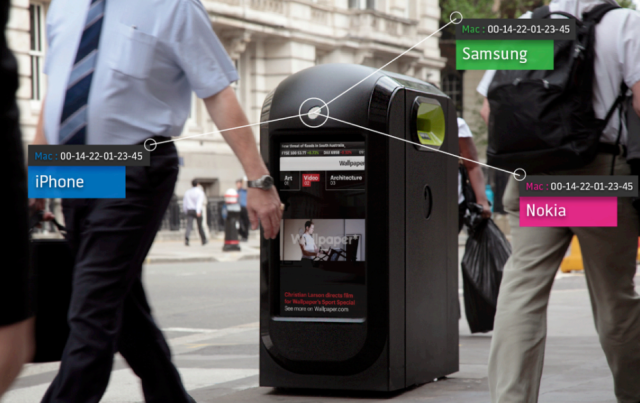 London-based outdoor advertising startup Renew sparked controversy recently when it outfitted a dozen of its recycling bin/ad kiosks in London with sensors that tracked pedestrians via their smartphones. The system tracked devices that had Wi-Fi turned on, which unmasks the unique MAC address of the device. Renew planned to use the information, which they say was anonymous, to help target ads at individual pedestrians. During the first month of the pilot program Renew says it collected MAC addresses for more than one million devices. The City of London recently put an end to the program. For more on the Renew controversy, see this Quartz article and this follow-up on the City of London’s response.