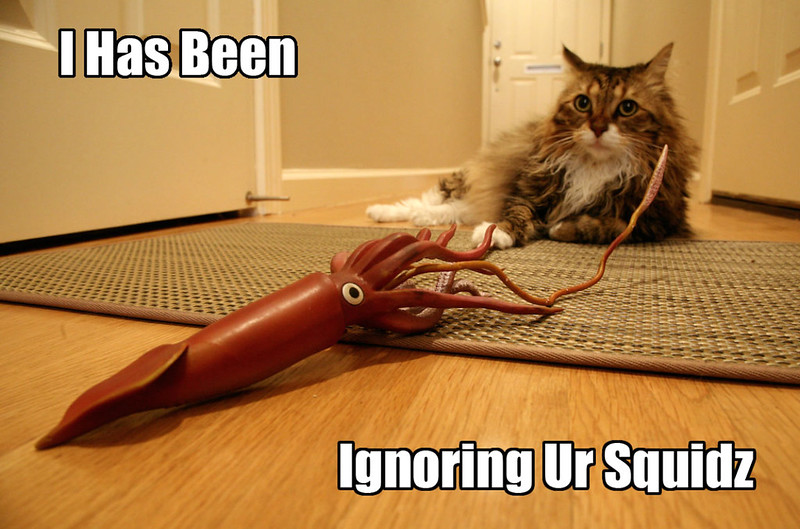 The Lolcat meme is has been exploding lately. Lolcats or cat macros are those weird photos of cats (sometimes other creatures) doing strange things and using bad grammar. Recently they have been popularized via creative Twitter error messages.

I Can Has Cheezeburger? is becoming a massive clearinghouse for Lolcats and there is now even an online Lolcat Builder where you can make your own Lolcat images.

Of course, I couldn’t resist playing along and created my own Lolcat image starring the one and only Ika Zaru.