The European Space Agency (ESA) will be live streaming coverage of the Rosetta mission (previously) as it attempts to land the Philae spacecraft on the surface of comet 67p/Churyumov-Gerasimenko. If successful, Philae will be the first human-made craft to land a comet. Coverage begins at 2:00PM EST on November 11, 2014 from the ESOC Mission Control Room and will stay live for a full 24 hours until 2:00PM EST on November 12, 2014.

Separation of the lander is scheduled for 4:03AM EST, and the landing itself is expected to occur at 11:00AM EST. The seven hours between separation and landing will no doubt be incredibly tense for everyone involved in the mission as well as space enthusiasts who have been following Rosetta and Philae on their ten-year journey.

A full schedule of the coverage and mission stages is available on the ESA’s site. So far it seems everything is on track for the mission with Rosetta passing the first Go/NoGo marker successfully according to a tweet from the official Rosetta Twitter account.

Earlier this month the ESA released a video of astronaut Alexander Gerst demonstrating the challenges of the landing on board the International Space Station and narrating a computer animation of Philae’s approach to comet 67P. 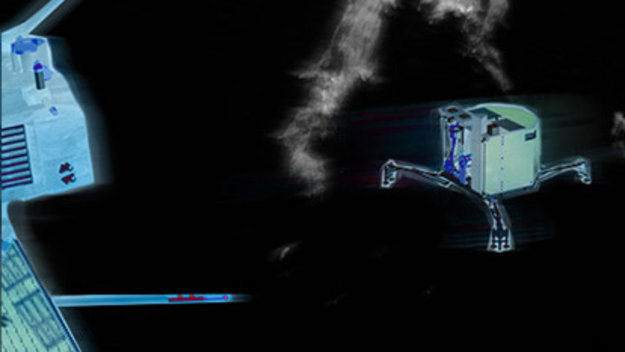