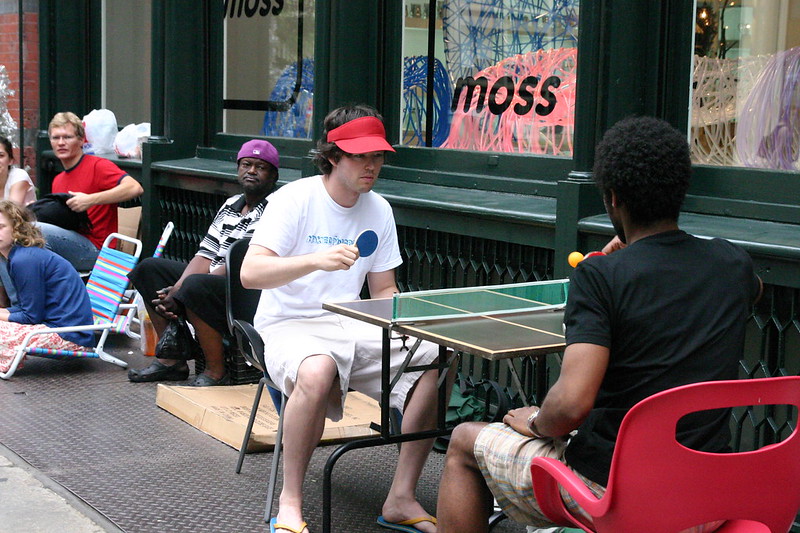 Today Apple will start selling their new iPhone at 6pm local time at Apple Stores around the country. Kristopher Tate, Thomas Hawk and Robert Scoble are at the front of the iPhone line at the Palo Alto Apple Store and they are streaming live on Zooomr TV via Ustream. Thomas has been taking some great photos of the iPhone line as it mutates and evolves.

Thomas also shot some photos of the boxes of iPhones as they were being unloaded from the UPS truck behind the Palo Alto Apple Store.

Yesterday Revision3 was there, shooting a new Diggnation episode with Alex Albrecht and Kevin Rose. 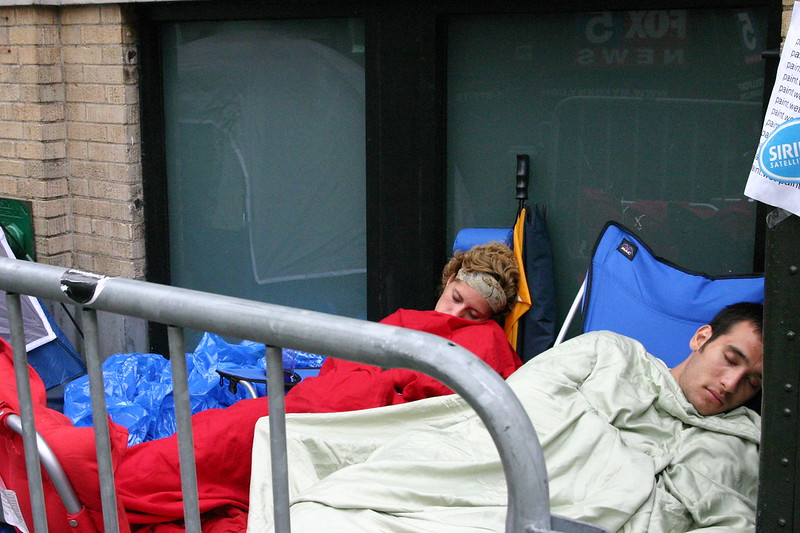 Amanda Kelso has some great photos from the iPhone line at the SOHO Apple Store in New York, which iPhone Launch TV has been streaming live via Mogulus.

– Justin.tv will be streaming live from the line at the San Francisco Apple Store via their new Gizmodo channel.

– Ryan Block is doing a iPhone multi-city lineblog on Engadget.

– Gizmodo has been posting photos from iPhone lines across the US.

– Mahalo is coving the line at the Santa Monica Apple Store.

– Ars Technica is covering the line in Cincinnati.

UPDATE: Jeremy Toeman calculates that the iPhone lines cost US over 10 years of productivity.