Warner Bros. has released the official trailer for Lights Out, an upcoming horror directed and written by David F. Sandberg and produced by James Wan (Saw, The Conjuring). The creepy movie follows an evil creature that is dead set on terrorizing and destroying a family when the lights go off. Lights Out is scheduled to premiere in theaters on July 22nd, 2016.

When Rebecca (Teresa Palmer) left home, she thought that her childhood fears were behind her. As a young girl growing up, she was never really sure of what was real when the lights went out at night. Now, her little brother Martin (Gabriel Bateman) is experiencing the same unexplained and terrifying events that jeopardized her safety and sanity. Holding a mysterious attachment to their mother (Maria Bello), the supernatural entity has returned with a vengeance to torment the entire family. 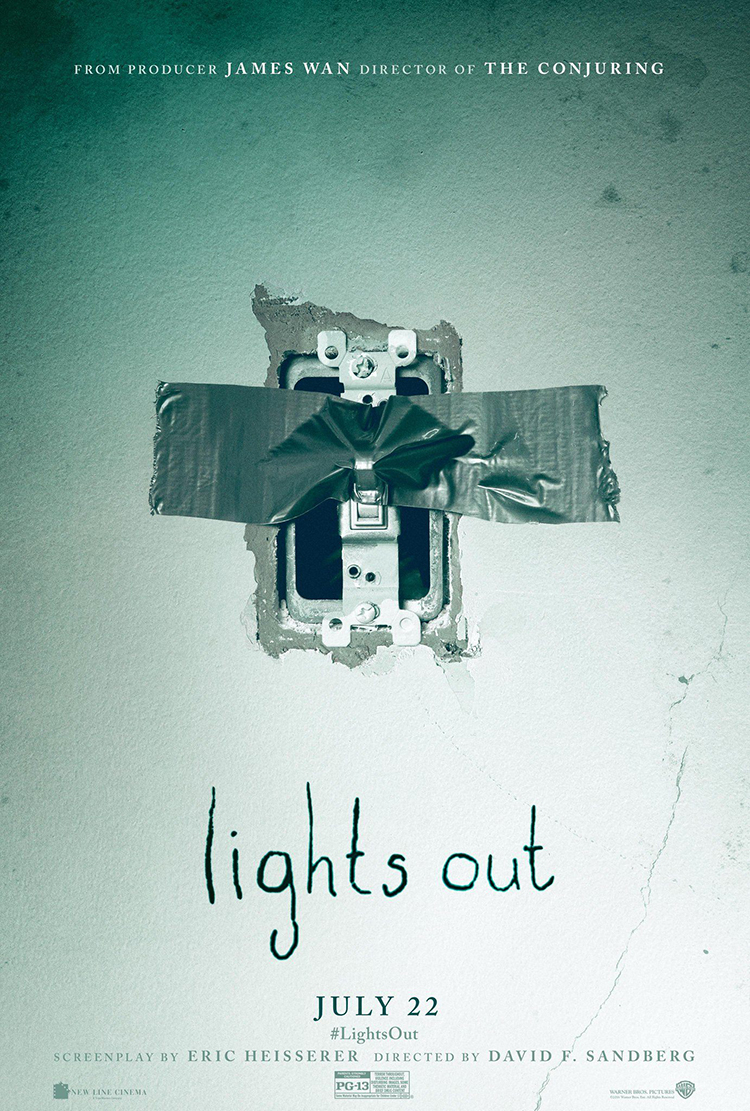 image via Lights Out