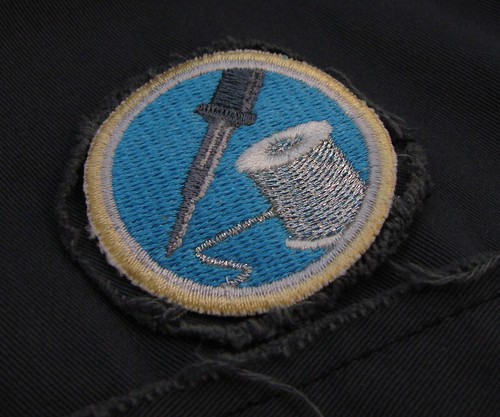 The first one is “learning to solder” – if you’re new to electronics, we’ll have a special bundle of tools, a kit and limited edition “badge” to show the world you’re proficient in soldering, once you complete the tutorials and kit that is!

We will have a variety of badges, the first is soldering – others include:

I’m especially looking forward to the LED merit badge, with conductive thread and a real LED. A micro-electronics project in patch form. Nifty!