The corner of Taylor and Union was spookily transformed this weekend. It looked like post-pandemic America, with mounds of infected clothes thrown out on the street, political posters and memorials for the dead posted everywhere. All apparently part of the set for the upcoming movie Contagion, directed by the awesome Steven Soderbergh and set to star Matt Damon, Gwyneth Paltrow and Jude Law. 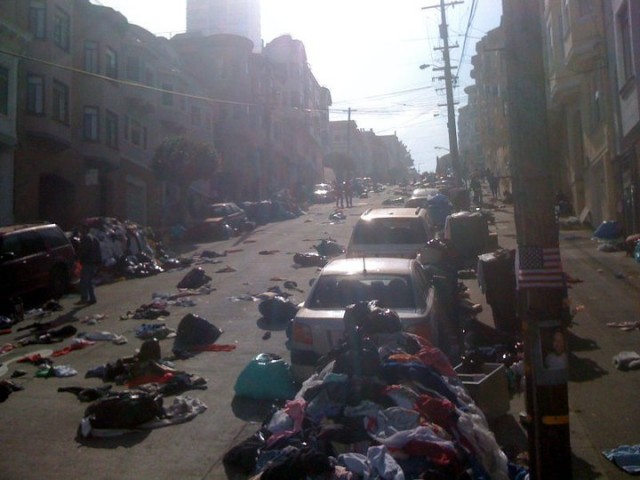 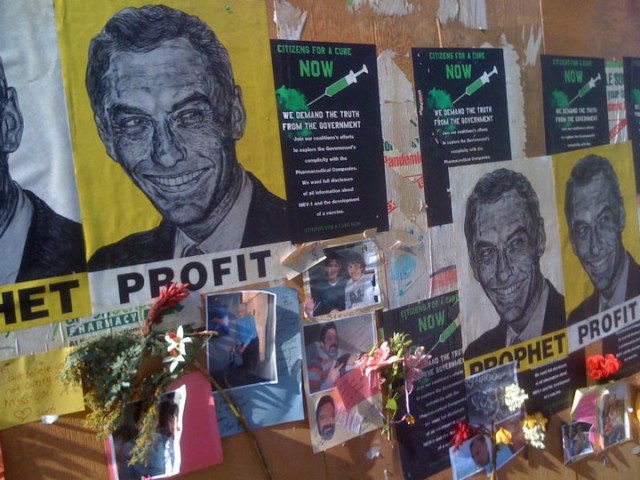 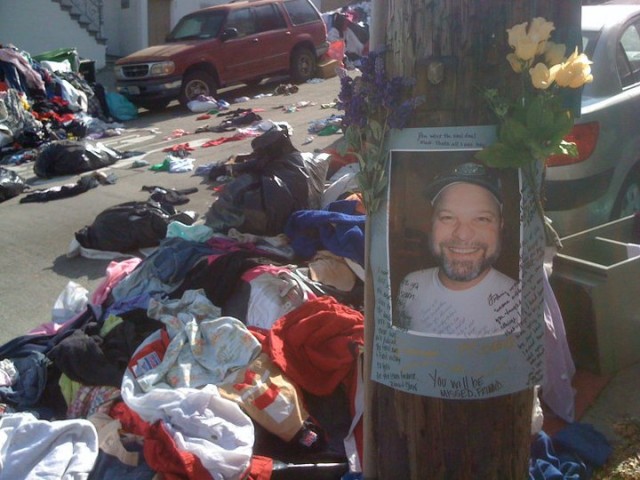 Soderbergh, of course, is the director of some fantastic films. Since 1989, he has made on average a movie a year (sometimes 2), ranging from experimental, low-budget indie classics like Sex, Lies and Videotape and The Limey to mainstream blockbusters like Erin Brockovich and Ocean’s Eleven.

Personally, when I heard Soderbergh was in town, I was hoping it was to film The Limey, Part II with Terence Stamp. Now that would be a nice way to transform the city!