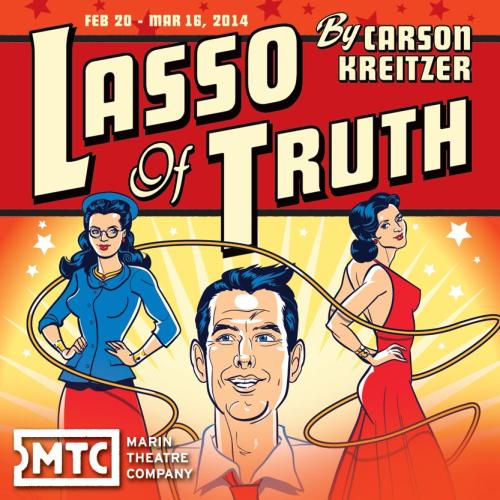 Lasso of Truth is an upcoming stage play about the origins of Wonder Woman as told through the life of her creator, psychologist William Moulton Marston. Marston based his comic book heroine on two women, his wife Elizabeth Holloway Marston and Olive Byrne, his former student who lived with the Marstons in a polyamorous relationship. Lasso of Truth was created by Carson Kreitzer and will premiere at the Marin Theatre Company in Mill Valley, California on February 20, 2014. The theater is raising funds for the play on Indiegogo.