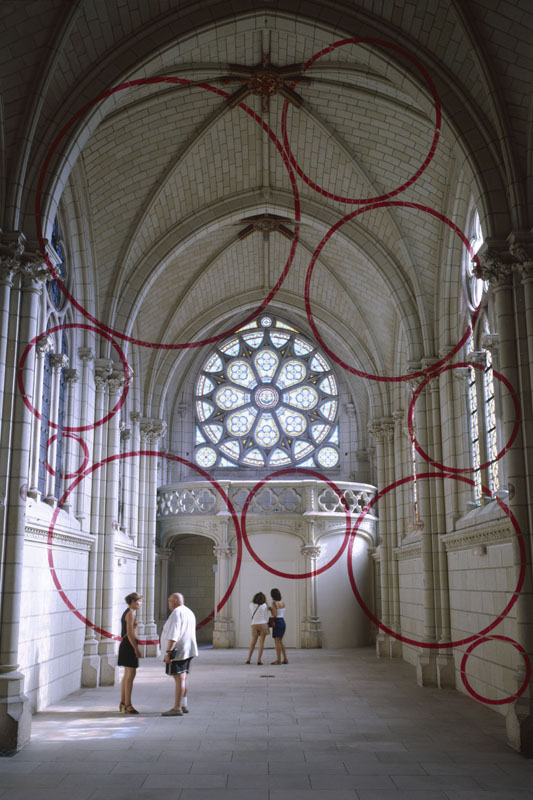 Swiss artist Felice Varini creates large scale anamorphic illusion paintings in which geometric shapes and patterns are visible from only one vantage point. He began creating the works in 1979, starting with small paintings and relatively simple shapes. More recent works have covered entire rooms, buildings, and even a small town in the Swiss alps. To create the paintings, Varini first projects his designs over the space he wishes to paint. He then traces the projected image and begins painting. The finished painting can be viewed from the spot where he originally placed the projector. 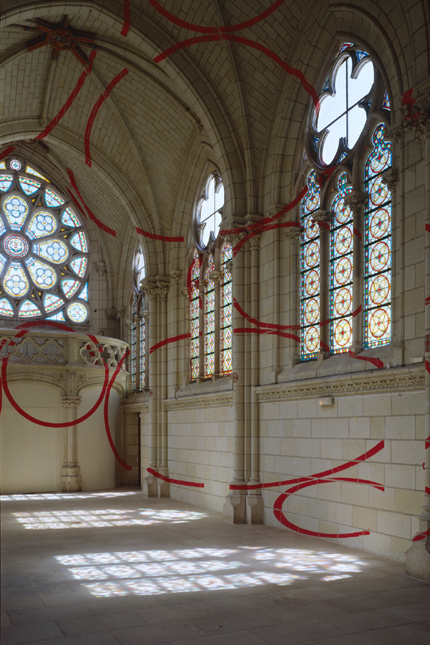 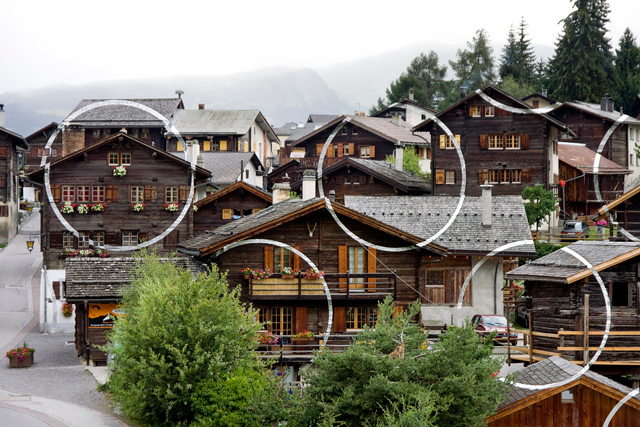 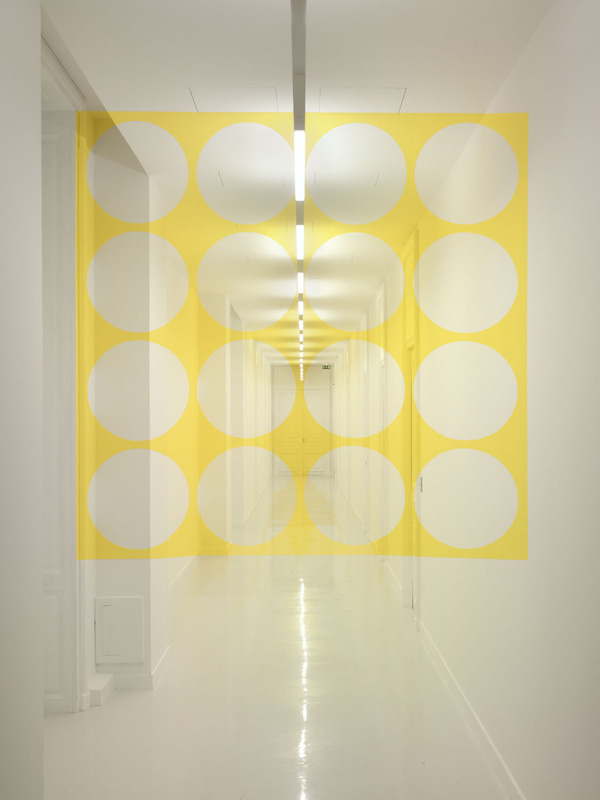 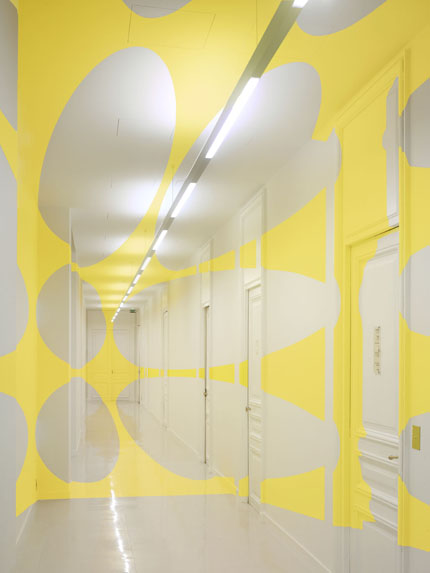 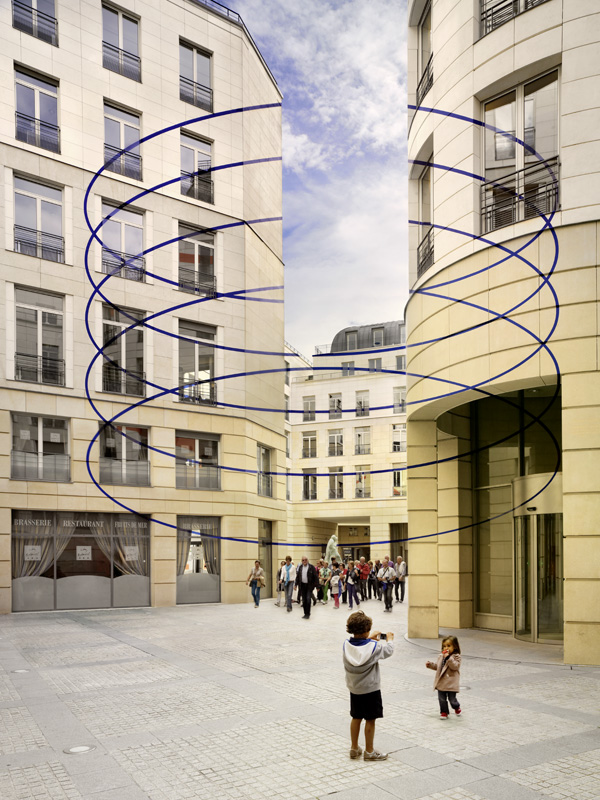