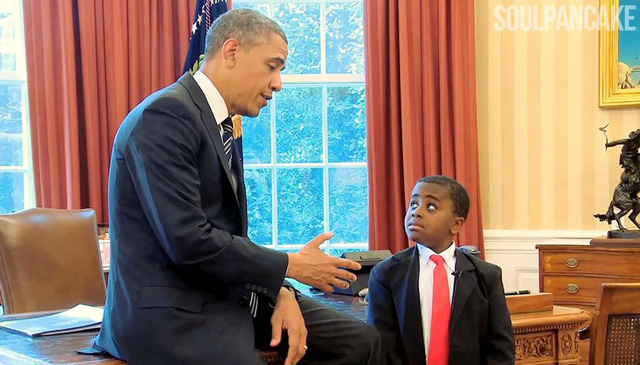 9-year-old Robby Novak, aka Kid President, recently took an opportunity to meet President Barack Obama face to face at the Oval Office where they met to “discuss how kids and grown-ups can work together to change the world.” It was a dream come true for Novak. Kid President also recently helped the White House pull an April Fools Day prank.

Kid President is a family project started by Brad Montague and Robby Novak. We believe kids and grown ups can change the world. We’re on a mission to spread good.

image via Kid President, footage via The White House

featured song: “Next to Me” by Sleeping At Last