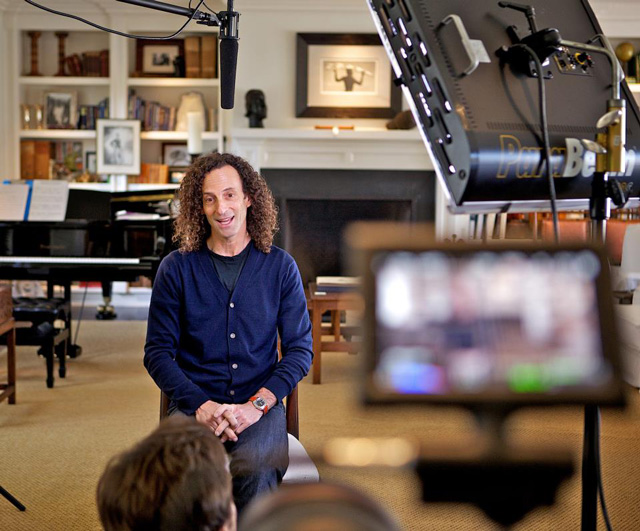 Kenny: A Documentary in G is a “fun and irreverent” documentary film-in-progress about musician Kenny G directed by Brian McGinn and Rod Blackhurst. They recently launched a Kickstarter campaign to help finance the film’s production and added some very creative incentives for funders. These include a private concert donated by Kenny where he plays for the donor in an elevator, a round of golf with Kenny, a framed lock of his famous curly hair and some pretty awesome fake Kenny G-branded “products” like the Masculine Sax Scent After After Shave.

Kenny: A Documentary in G will tell the incredible story of Kenny G’s unlikely rise to the top of the mainstream music world, from his beginnings as an underground funk musician in Seattle to his chart-topping successes and victories at the Grammy Awards, and follow Kenny on his newest adventure: to succeed in Hollywood. Along the way, Kenny will roadtrip across the United States, going door-to-door to reconnect with his fans, tour in Asia, where his popularity is reaching a new zenith, and reveal a side of himself that you might not guess from his smooth saxaphone riffs: Kenny G happens to be a really funny guy. This is the ultimate entertainment documentary about one of the most successful musicians of the era: Kenny: A Documentary in G. 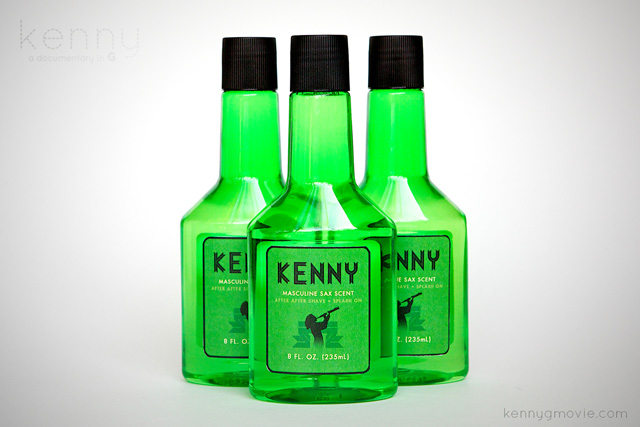 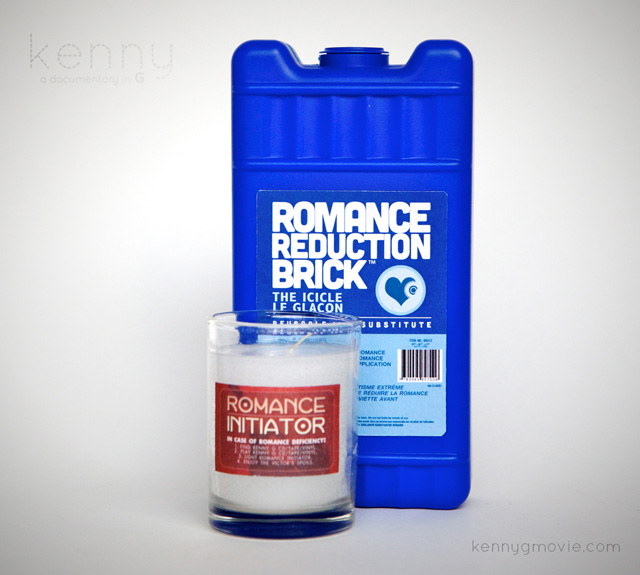 The ‘Romance Kit’ includes a Romance Initiator (to use, pop in your Kenny G CD, light the initiator and watch the romance blossom) and a Romance Reduction Brick (freeze, apply in cases of extreme romance). 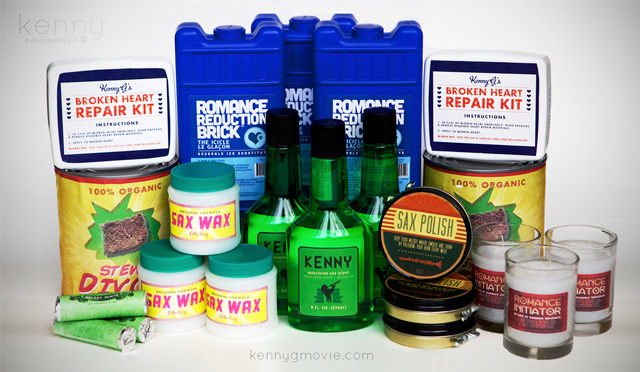 Thanks to Rod for the tip!