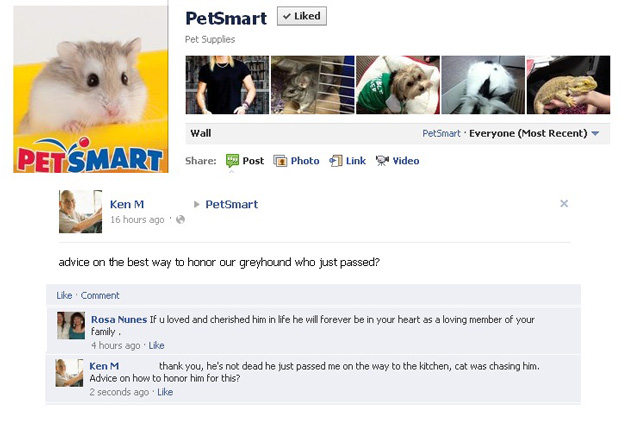 Ken M (aka ‘The Troll’ on CollegeHumor) is a guy who intentionally leaves dumb comments all over the internet. His Tumblr blog, Horsey Surprise, has screen captures of the sites where’s he’s added his humorous comment section gems.

Ken M is an internet commenter who brings a uniquely moronic perspective to the issues of the day. Fueled by a winning combination of ignorance and confidence, Ken’s insights range from the painfully dumb to the soul-crushingly stupid. 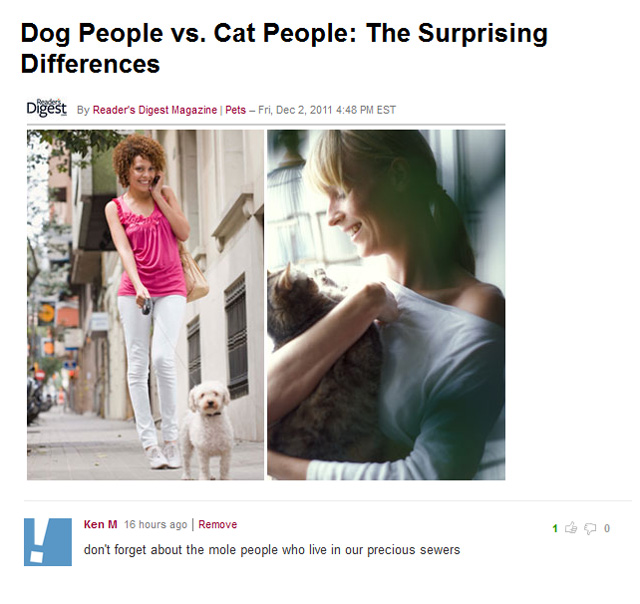 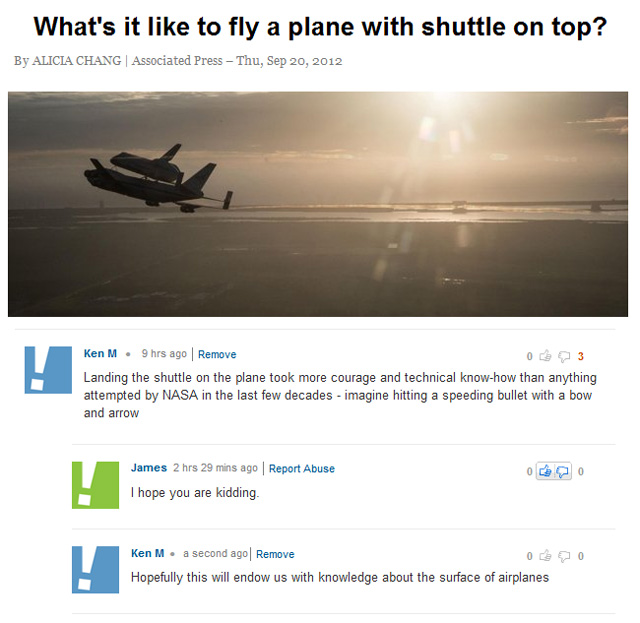 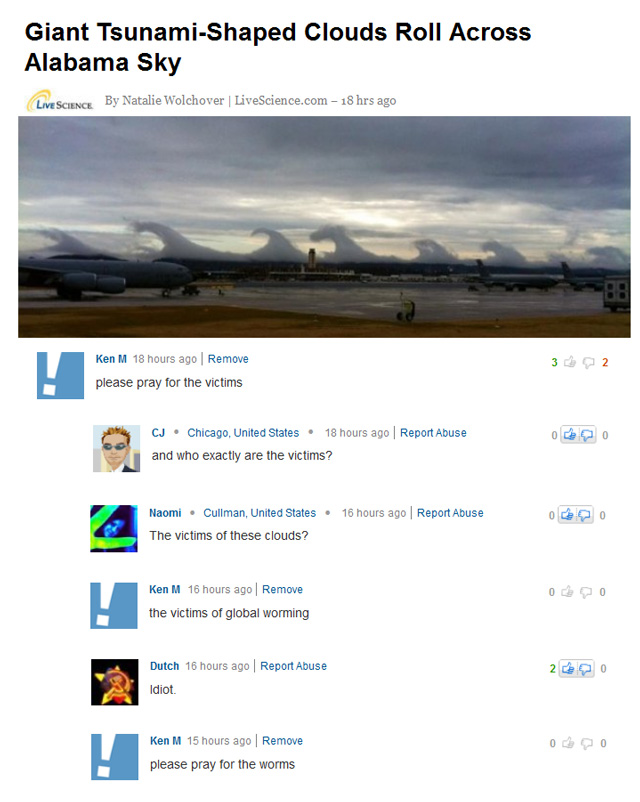 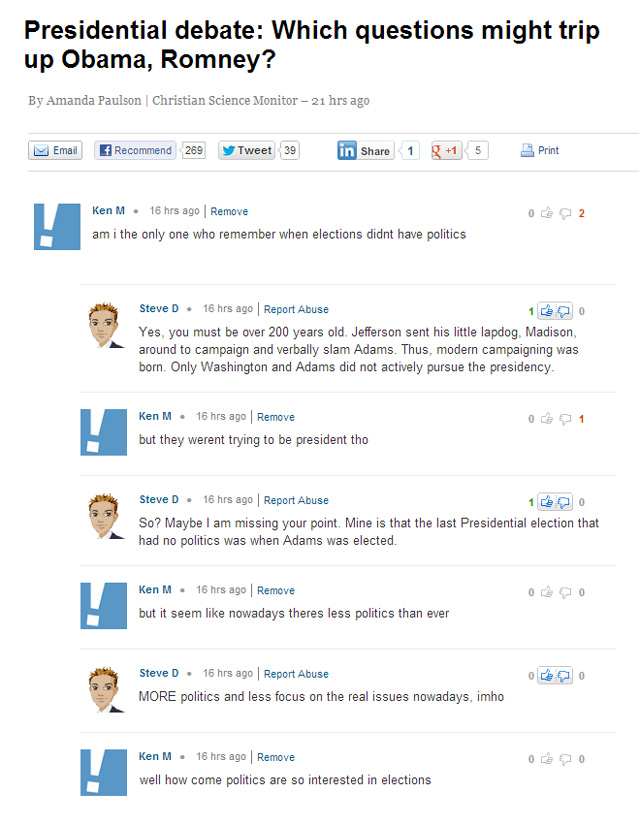