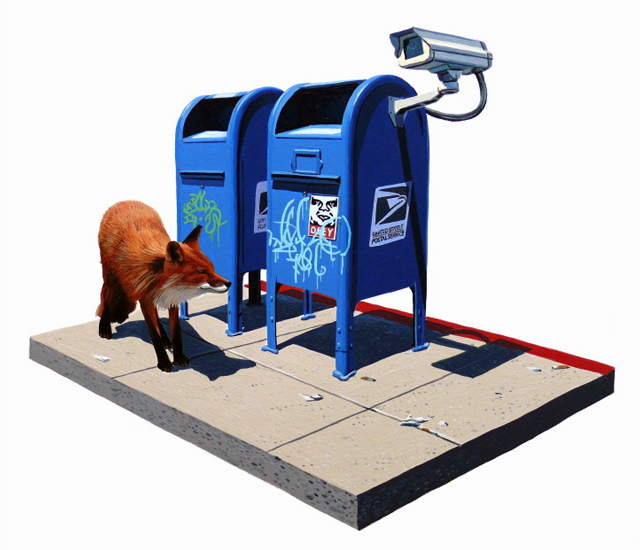 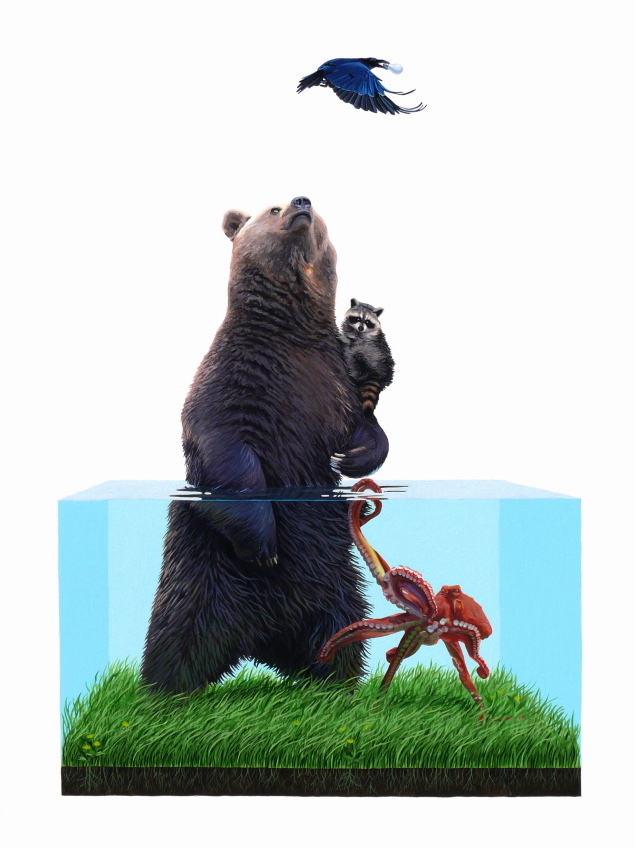 Oregon-based artist Josh Keyes has a solo exhibition titled Migration that runs concurrently with Time Kills All Gods, a solo exhibition by woodworking artist AJ Fosik. Both exhibitions run from October 22 to November 19, 2011 at the Jonathan LeVine Gallery in New York City. The opening reception is October 22, 2011 from 7 to 9 PM.

Migration and displacement were ideas that continued to surface in my mind while I was painting these images. I was thinking about the effects of climate change and the way some ecosystems that thrive in a specific range of temperatures—like polar or tropical climates—are experiencing a shrinking of their boundaries. Ecosystems that were separate are now slowly merging and overlapping one another, causing disruptions in the food web and increased competition for food and space among species. Some become displaced and are forced to migrate, in order to survive.

I’m fascinated by the need and devotion to the idea of a creator and the many manifestations of that concept. My pieces are totems that are meant to turn the supernatural on its head. They are as man made as every god and just as seductive, but their power lies only in that existential admittance. By subverting the power of spiritual iconography, my work fetishizes the embrace of the unknown and celebrates existence as its own virtue. In reality, we only have each other.