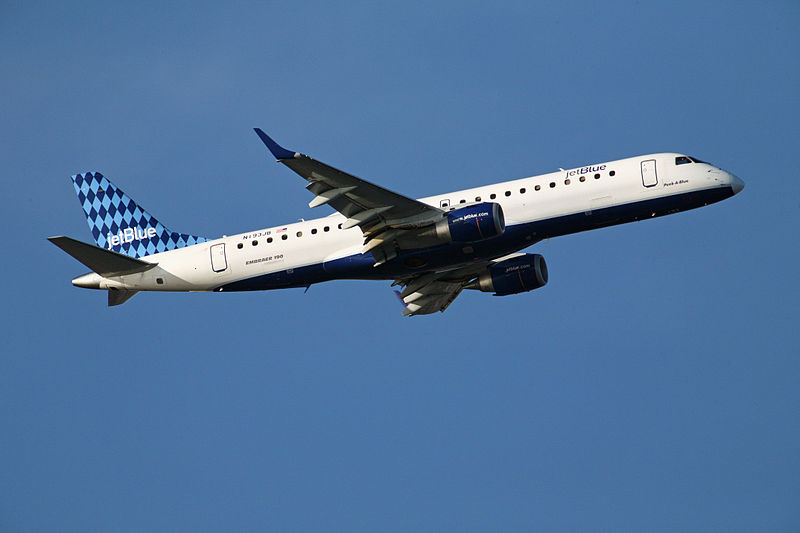 At the J.P. Morgan Aviation, Transportation & Defense Conference, JetBlue CEO Dave Barger hinted that the airline may offer free in-flight Wi-Fi for more than just the first thirty A320 aircraft on which it is installed, Skift reports.

“In essence, the entire aircraft will have the enjoyment of Wi-Fi should they decide to participate with the product, which we announced would be free for the first 30 aircraft that we install across the A320 fleet. And we’re evaluating pricing into the future, including keeping it free, and so we’ll see how that plays out.

image by Anthony92931 via Wikimedia Commons