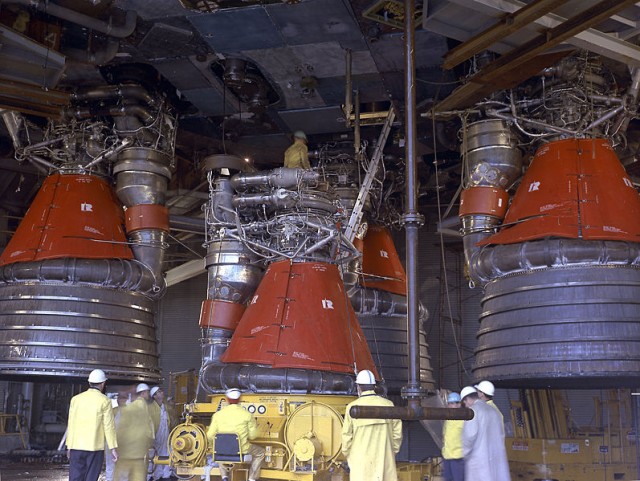 A year ago, Amazon founder Jeff Bezos hired a team of experts to find the discarded F-1 rocket engines from the Apollo 11 moon landing mission. On Wednesday, Bezos announced that the team has found the engines 14,000 feet underneath the Atlantic Ocean. Bezos is now launching a mission to recover the engines so they can be displayed in a museum.

I’m excited to report that, using state-of-the-art deep sea sonar, the team has found the Apollo 11 engines lying 14,000 feet below the surface, and we’re making plans to attempt to raise one or more of them from the ocean floor. We don’t know yet what condition these engines might be in – they hit the ocean at high velocity and have been in salt water for more than 40 years. On the other hand, they’re made of tough stuff, so we’ll see.