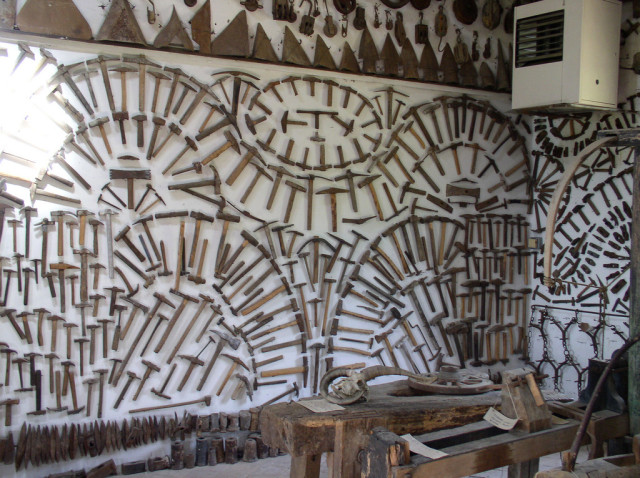 The Ettore Guatelli Museum is a collection of more than 60,000 everyday objects housed at a farm near Parma, Italy. It is the work of one man, elementary school teacher Ettore Guatelli, who collected simple antique objects like scissors, shoes, and suitcases in an effort preserve a record of Italian life of the 20th century. Guatelli has since passed away but his museum lives on. For more info, see this Atlas Obscura article.