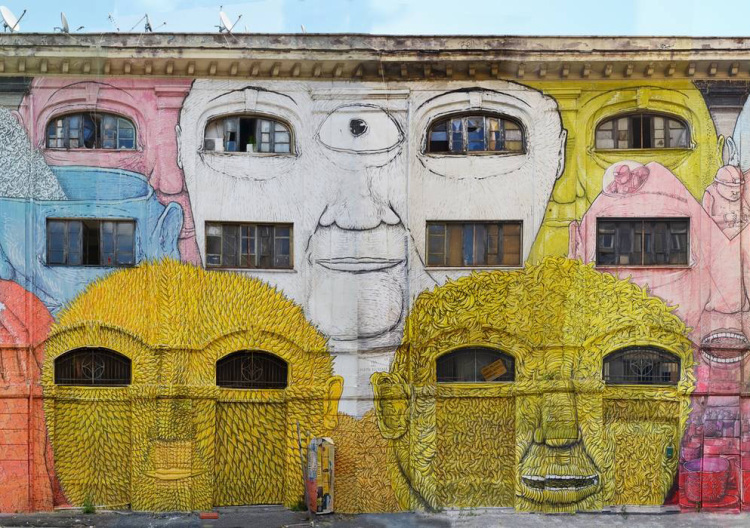 In his latest street art installation, Italian street artist BLU has covered two sides of a building in Rome with colorful faces. In many cases throughout the mural, the building’s windows cleverly serve as eyes. According to BLU, he has been living in and working on the building, an old military warehouse, for the past two years. The installation can be viewed on Google Street View. We’ve covered BLU’s work several times over the years, including his twisted veggie blender of death, and his spaghetti brain. 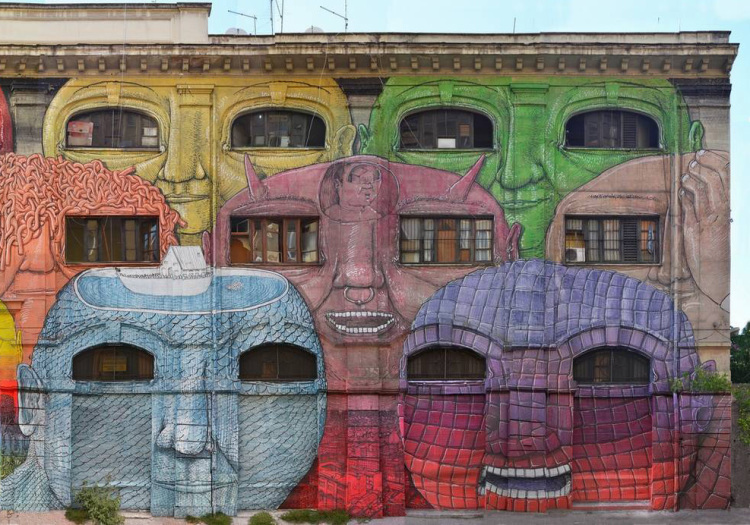 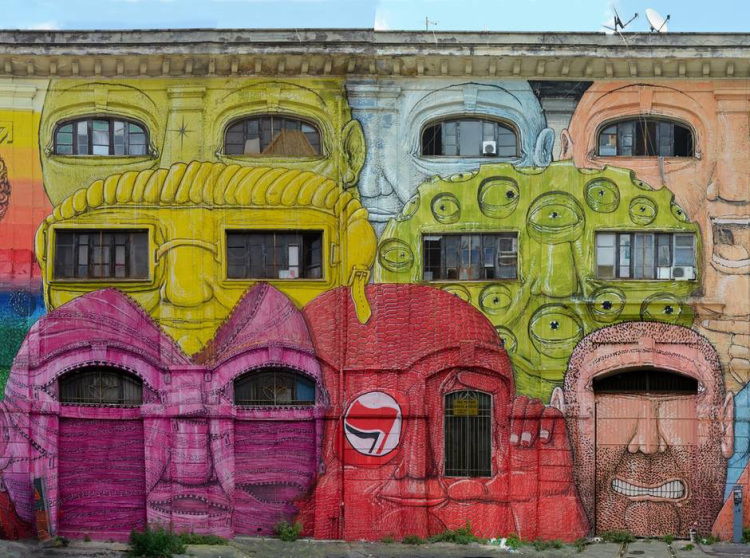