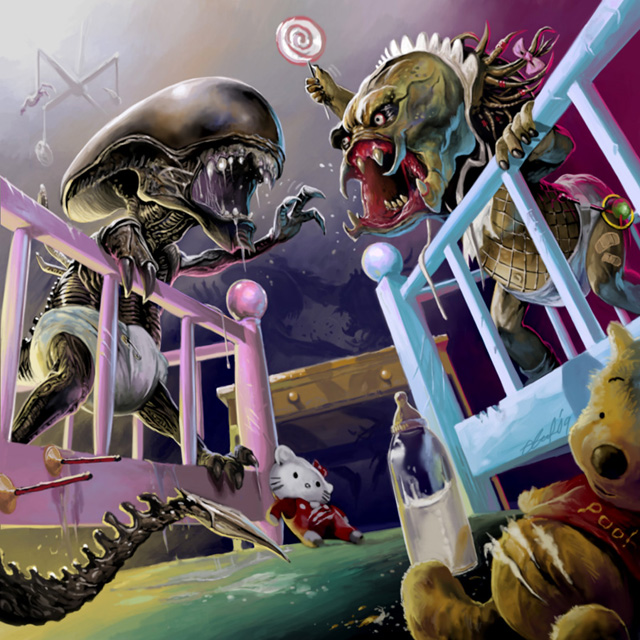 Artist Edwin David (aka “dwinbotp“) has created an awesome illustration titled It started with candy… that shows a baby Alien and baby Predator fighting over candy. This humorous / cute piece of artwork may just show a true origin of the feud between the Alien and Predator species in the 2004 science fiction horror film Alien vs. Predator. You can view more of Edwin’s impressive artwork on deviantART and CGHUB.

image via Edwin David on CGHUB

via GeekTyrant and Neatorama