Portland-based actor Isaac Lamb gathered 60 friends and surprised his girlfriend Amy Beth Frankel with this well-choreographed live lip-dub marriage proposal. The video, which features the song Marry You by Bruno Mars, has since gone viral (and yes, she accepted). OregonLive.com has more of their story.

On Wednesday, May 23rd, 2012, I told my girlfriend to meet me at my parent’s house for dinner. When she arrived I had stationed my brother to sit her in the back of an open Honda CRV and give her some headphones. He “wanted to play her a song”…

What she got instead was the world’s first Live Lip-Dub Proposal. 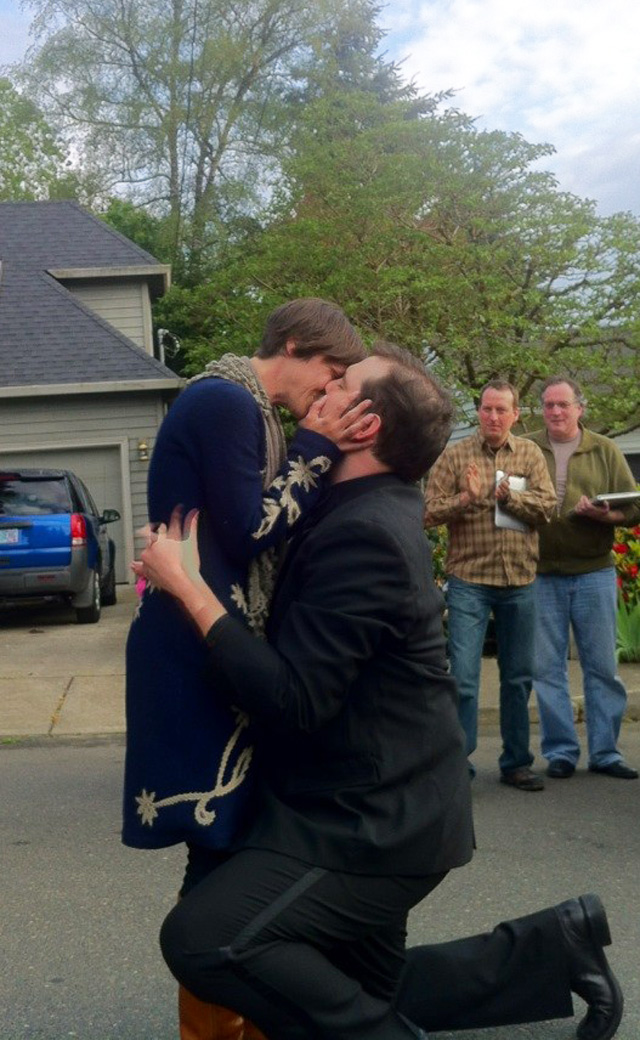 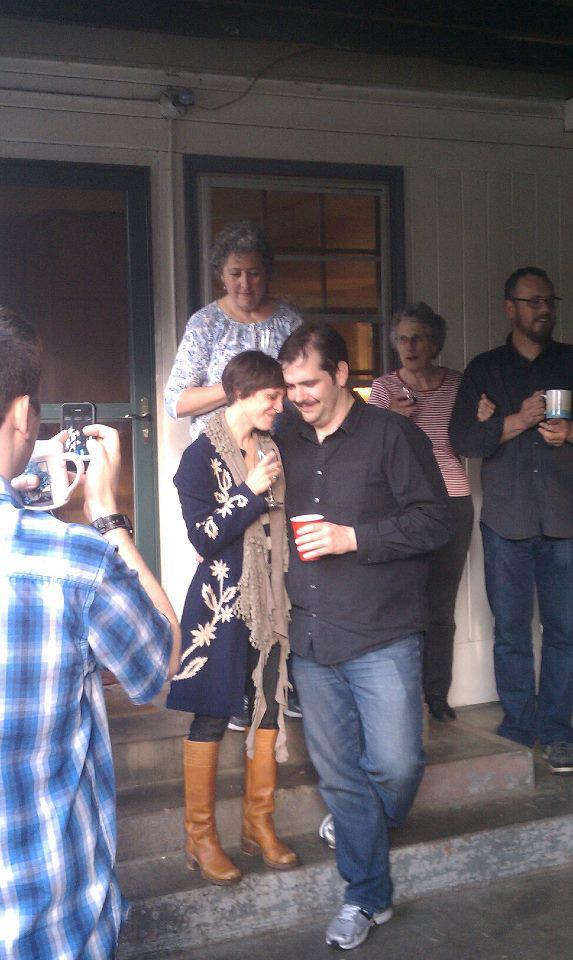