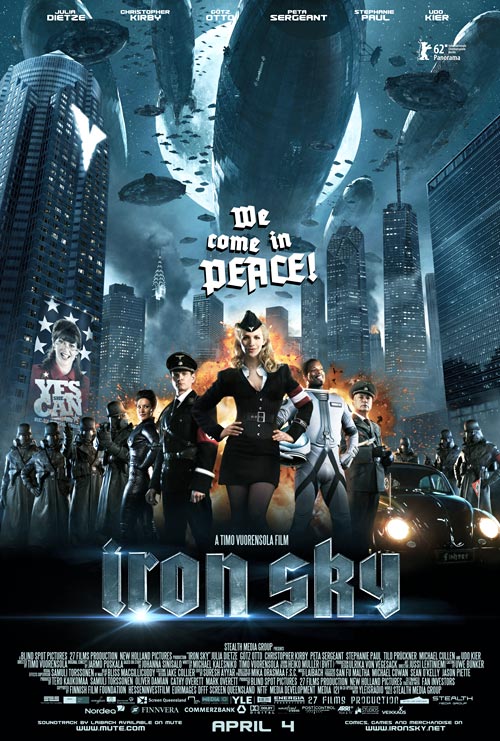 Iron Sky is a new feature-length sci-fi dark comedy set in 2018 about moon Nazis invading Earth. The films tagline: “Get Ready, The Fourth Reich Is Here.” According to the plot, Nazis from WWII have been secretly hanging out on the moon since 1945. Iron Sky is directed by Timo Vuorensola and opens in theatres on April 4, 2012.

The Nazis set up a secret base on the moon in 1945 where they hide out and plan to return to power in 2018. via Success is Not an Option