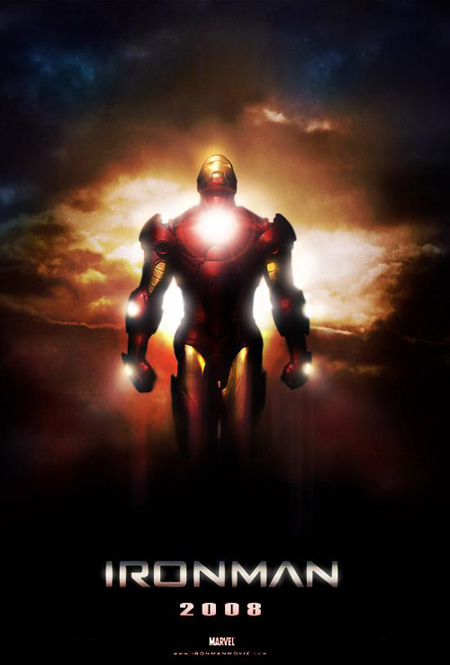 So I’ve always been a big fan of Marvel Comics and over the years I’ve watched as each classic comic book superhero series is turned into a feature film. Some were alright and others are truly awful. One that I’m really interested in is “Iron Man”, a film currently in production based on the comic book featuring alcoholic billionaire Tony Stark, who suffers from a heart condition and doesn’t have any super powers, but rather builds a suits of armor that evolve over the years that he wears to battle evil.

The film, scheduled to be release on May 2nd 2008, is being directed by Jon Favreau and features an all star cast with Robert Downey Jr. playing the lead role of Tony Stark/Iron man, along with Gwyneth Paltrow, Terrence Howard and Jeff Bridges.

Speaking of Jeff “The Dude” Bridges, Check out his really great website jeffbridges.com. Not only is it rare for an actor to have their own personal website, but this one is very unique and you can tell that he is really involved with maintaining it, especially with all of his wonderful hand drawn illustrations and text.

UPDATE: The Iron Man trailer and website are now online. Of course one of the songs they use for the trailer is “Iron Man” by Black Sabbath.