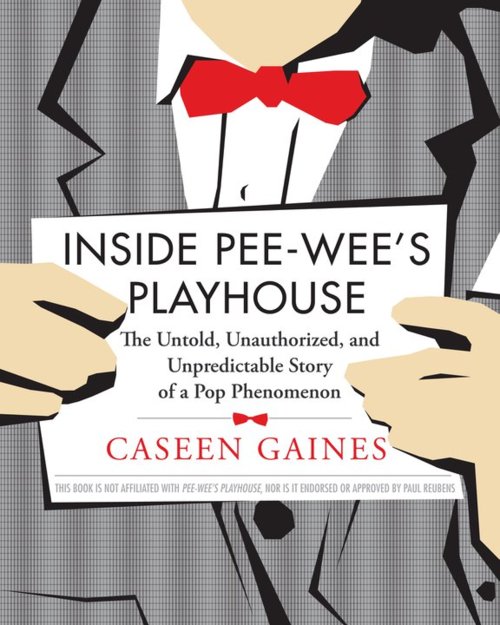 Pop culture enthusiast Caseen Gaines has authored his first book, Inside Pee-wee’s Playhouse: The Untold, Unauthorized, and Unpredictable Story of a Pop Phenomenon, which gives a rare inside look at Pee-Wee’s Playhouse, the television show starring Pee-Wee Herman, the beloved boy-like character of actor Paul Reubens. The book’s cover was cleverly designed to be ‘worn’ for photo-taking fun.

On the 25th anniversary of the show Pee-wee’s Playhouse, the behind-the-scenes story is being told for the first time by those who experienced it. Complete with an episode guide, biographical information about the cast and key members of the show’s creative team, never-before-told anecdotes, and previously unpublished photos, this biography takes the first in-depth look behind the popular program. Paul Reubens, as Pee-wee Herman, has been making a comeback since August 2010, appearing on Saturday Night Live, Jimmy Kimmel Live!, The Tonight Show, and The View. He also starred in a successful stage revival of his live show which hit Broadway in late 2010. This is the first comprehensive look at this amazingly successful children’s program, reenergized by the character’s reemerging presence. 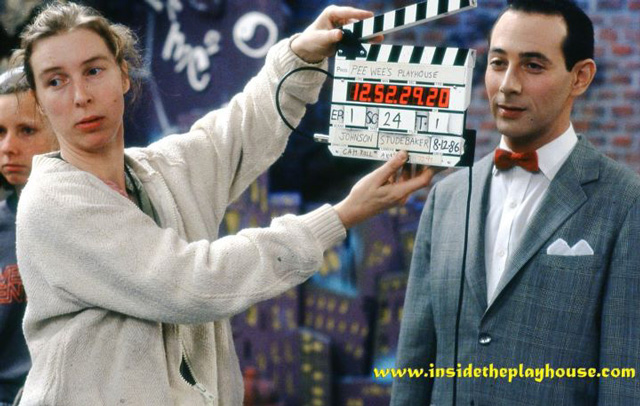 via Inside Pee-wee’s Playhouse