Disney Parks Blog shared a photo of Walt Disney’s private cranberry-colored hideaway looked like when he and his family enjoyed it back in the day. 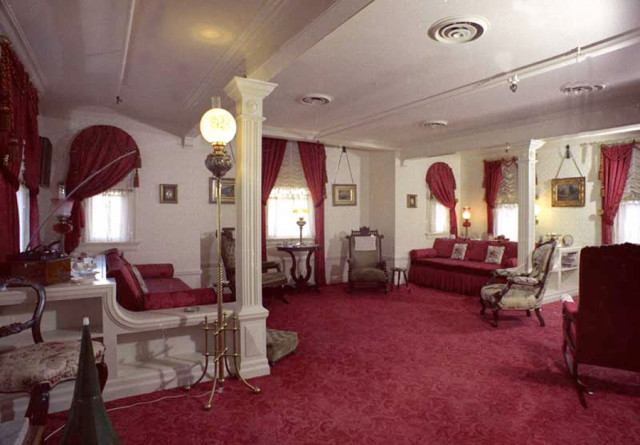 In November 2012, I took Walk in Walt’s Disneyland Footsteps, an interesting guided tour at Disneyland that explores the park through the personal history of Walt Disney, and got to check out Walt’s apartment for myself. In February 2012, Huffington Post interviewed Diane Disney Miller about the apartment, and in this video, she too gives a look inside the “Victorian masterpiece” and shares some interesting history about it.

Could you tell me a little bit about the apartment? What your favorite part was, the important features?

It was their refuge, it was their little place. The decor, it was all little things that they picked up when they were traveling around the country various times, and it was decorated by Emile Kuri, who had decorated many of the films, including “20,000 Leagues Under the Sea,” and it was lovingly done. It was really a very cozy, family place.