In the new CNN series Inside Man, host Morgan Spurlock explores controversial facets of American culture by taking a personal role in them. In the series premiere last Sunday, Spurlock took a first-hand look at medical marijuana by working at the largest dispensary in the United States, Harborside Medical in Oakland, California. In future episodes he will pick oranges with migrant workers in Florida and join his mother at an elder care facility in West Virginia. Inside Man airs Sundays at 10 PM on CNN. 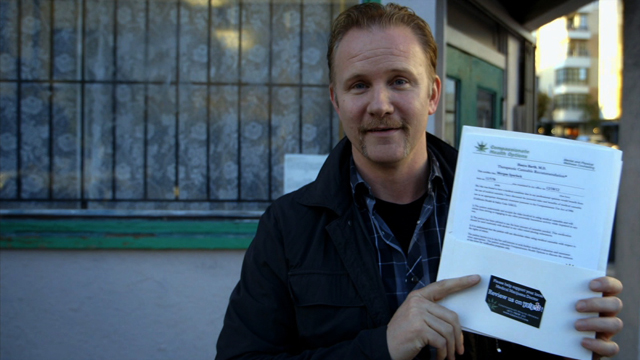