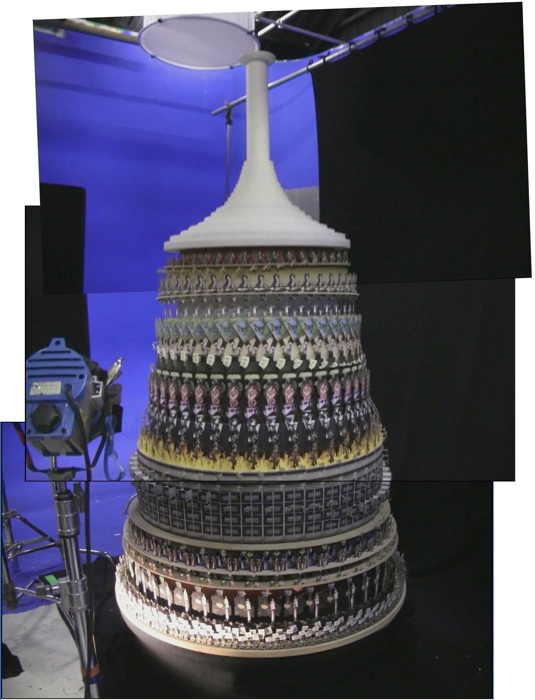 For the title sequence of Holy Flying Circus, a BBC docu-drama about the controversy surrounding the 1979 release of Monty Python’s Life of Brian, animator Jim le Fevre designed an astoundingly elaborate phonotrope animation machine, a combination zoetrope and phonograph. The phonotrope featured a series of Terry Gilliam-inspired zoetrope animations stacked vertically to a height of nearly seven feet. The machine was built by We Are The Art Dept over the course of two weeks (see the making-of video, including a rough cut of the phonotrope sequence).