In Service of Nothing is a dark animated short film written and directed by Tyler Gibb and produced by Adi Shankar, the man behind the gritty POWER/RANGERS short, that imagines a retired Sean Connery version of the super spy James Bond struggling to make his way through life in modern times. The entire animated short is presented as a “pre-visulation motion storyboard.”

Shankar explains the thought process behind In Service of Nothing on YouTube:

I always wondered what would happen to James Bond in his old age and in our borderless world. I’m not referring to the Bond we’ve seen in recent films, that incarnation is closer to Jason Bourne meets Batman. I’m referring to the swanky, alcoholic, serial killer, with mommy issues that we saw in films like Dr. No and Goldfinger. How would he find a sense of purpose in a self absorbed and impersonal modern world once his license to kill has been revoked? 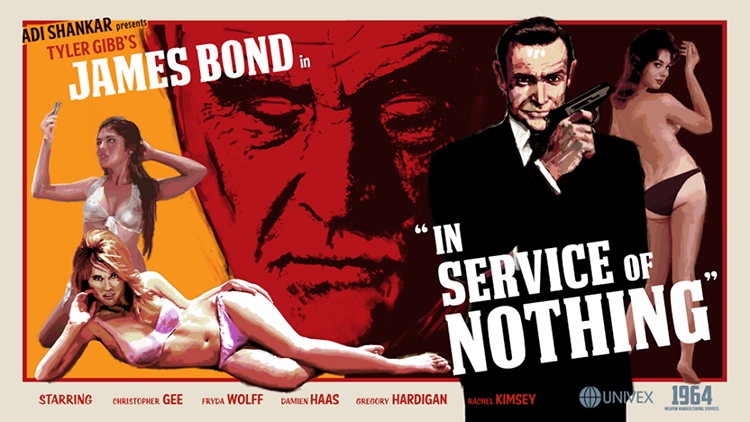