Improv Everywhere and their Magical Porta Potty returned to the Governor’s Ball Music Festival in New York City to surprise people trying to use the bathroom with unexpected weddings, jailbreaks, and more.

The Magical Porta Potty premiered last year at the festival and featured surprises like a gospel choir and mariachi band.

For our latest mission, we staged a series of surprises at the porta potty area of the Governors Ball music festival in New York. When random concertgoers opened our “magical” porta potty, they were surprised by a variety of unexpected performers streaming out of the door. This mission is a sequel to last year’s Magical Porta Potty. 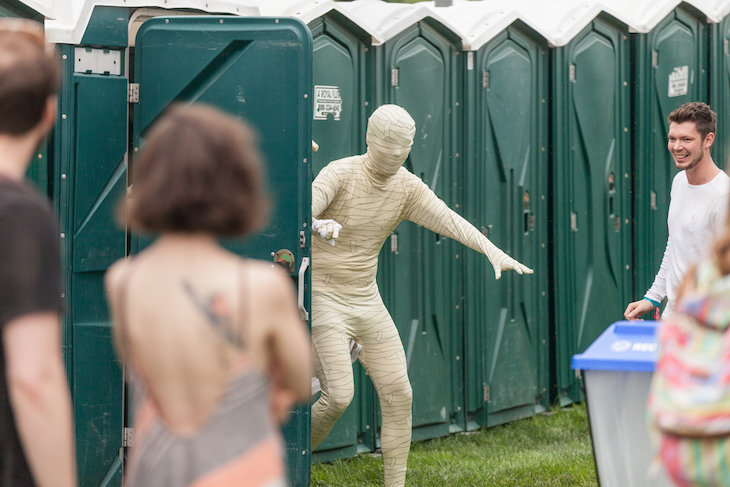 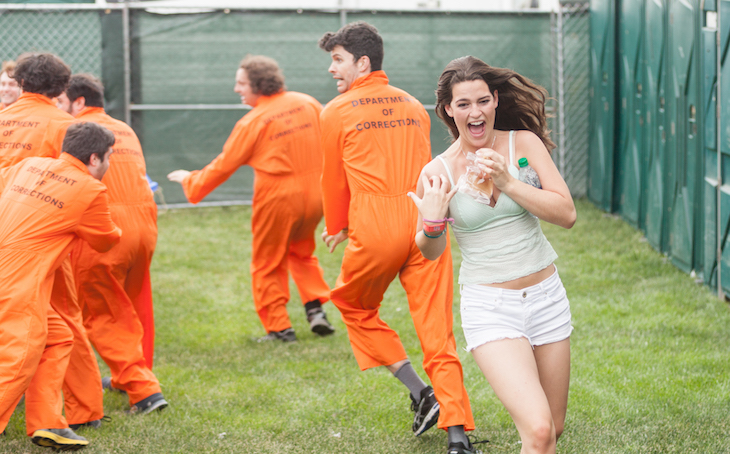 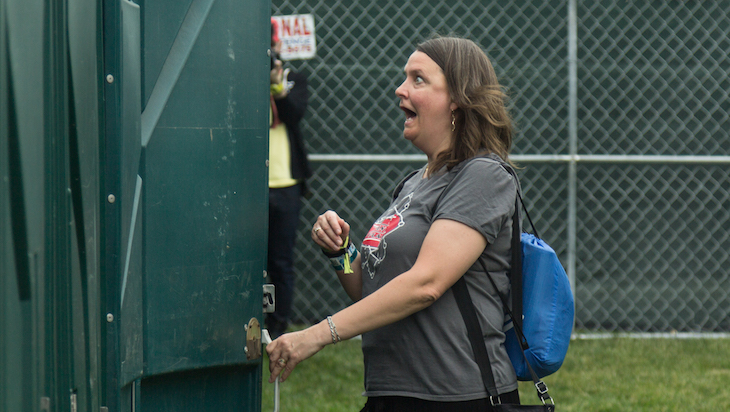 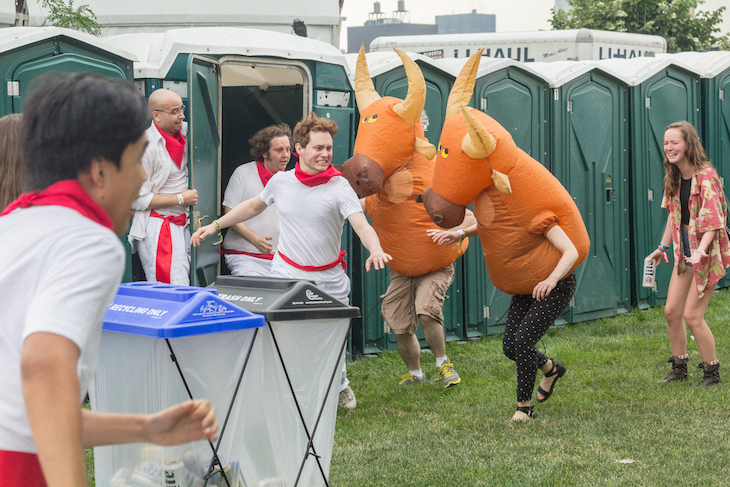