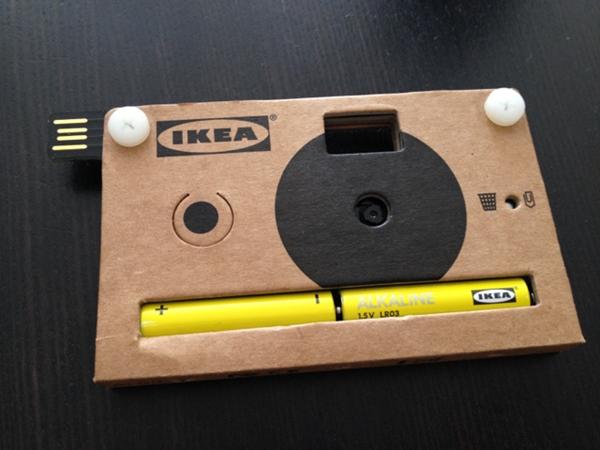 This cardboard digital camera by IKEA was given away last week to members of the press during the 2012 Fuorisalone, a design expo in Milan. According to IT Gizmodo, the camera can hold up to 40 photos on internal memory, has a USB connector, and will soon be in IKEA stores.