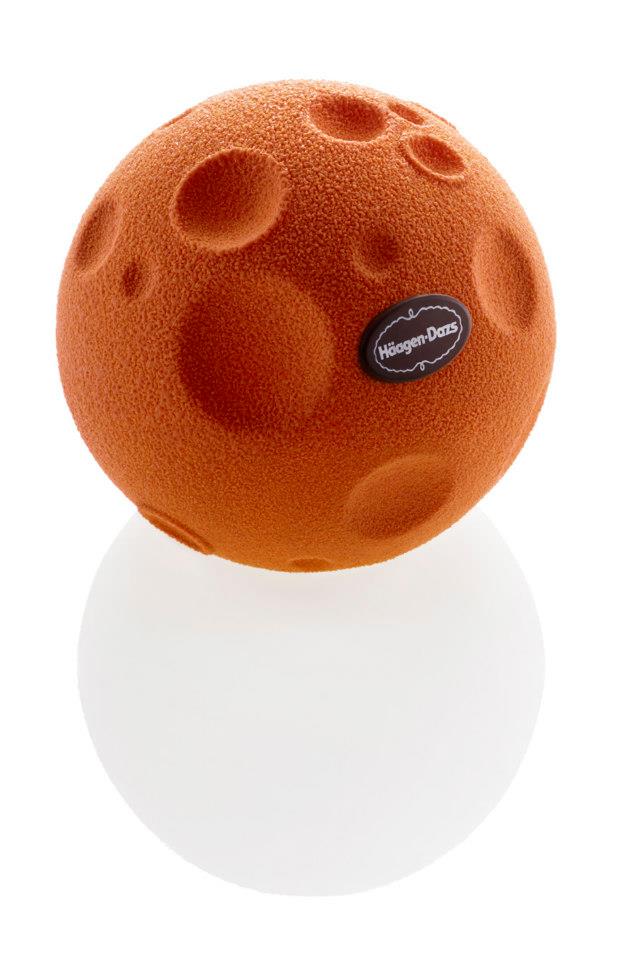 Nipa Doshi and Jonathan Levien of London-based design office Doshi Levien designed Ice Moon, spherical moon-like (complete with craters) ice cream cakes made for Häagen-Dazs. The ice cream company hired Doshi Levien to create the cakes for the Christmas 2012 sales season. According to Dezeen, “white moon consists of a pistachio biscuit base, layers of macadamia nut ice cream and meringue and a coating of raspberry ice cream” and the “orange moon has crunchy chocolate at the bottom, layers of nutty ice cream and salted caramel and a coating of vanilla ice cream.”

Why did you choose a moon?

We imagined the shape and texture of an ice cream scoop being like the moon as in a famous childhood Bollywood song. We were reminded of the stop frame movie Le Voyage dans la Lune by Georges Méliès. We were inspired by Armenian surrealist Léon Tutundjian’s relief work of 1929. We found some early examples of the ‘Bombes’ ice-cream that are near spherical. The moon idea came from many different places and has elements of fantasy, adventure, imagination, it makes us dream and it’s delicious. 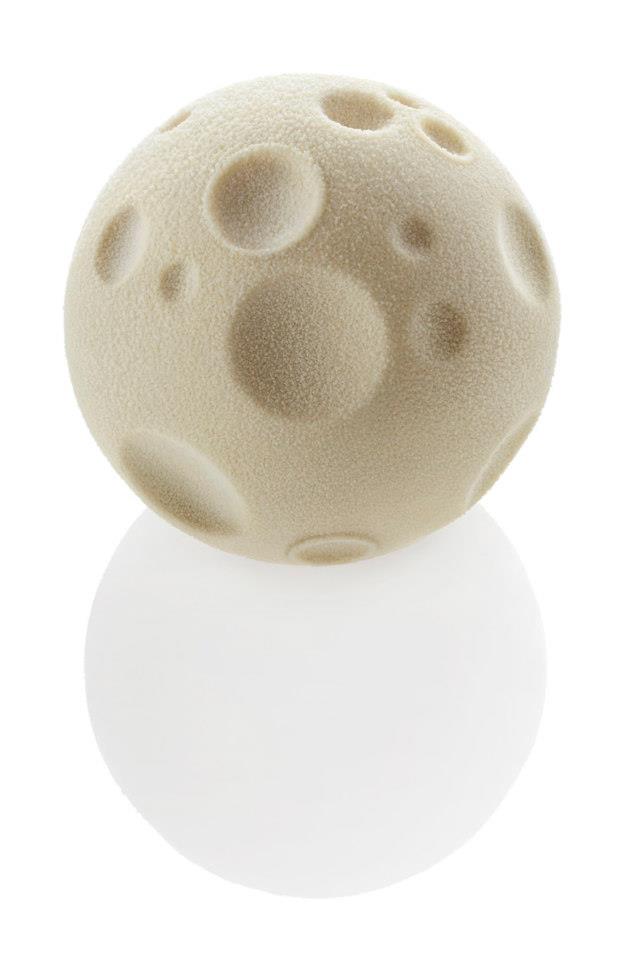 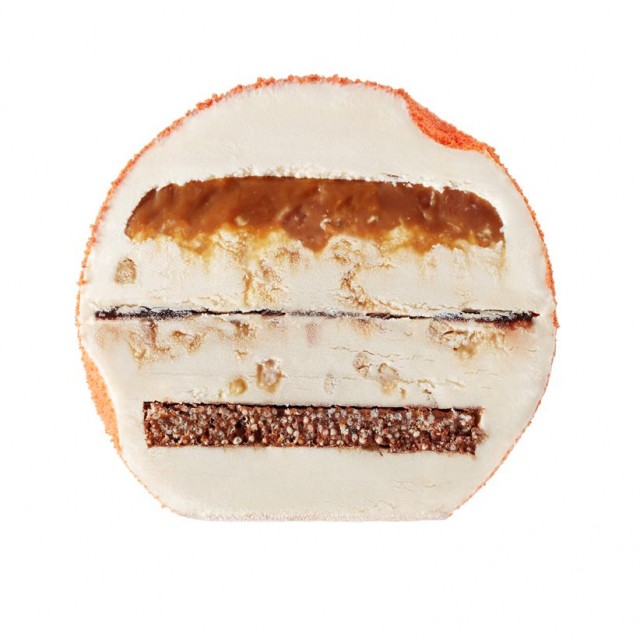 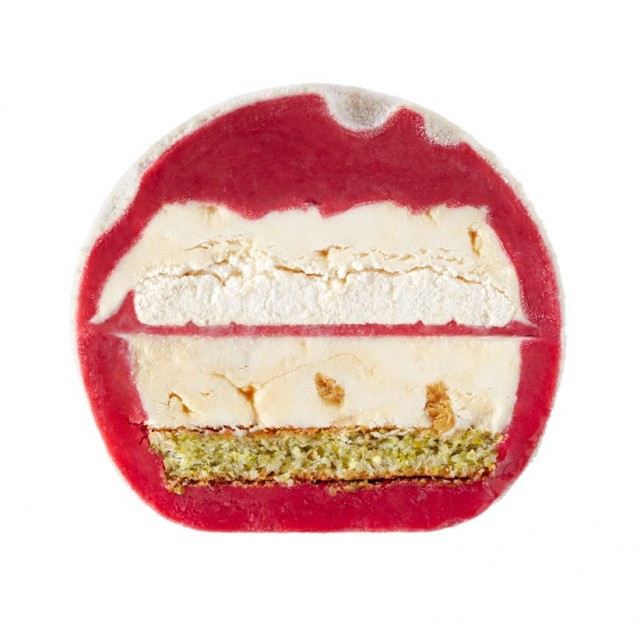